Police issued the call for information at a media conference this afternoon
Apr 23, 2018 3:10 PM By: Maija Hoggett 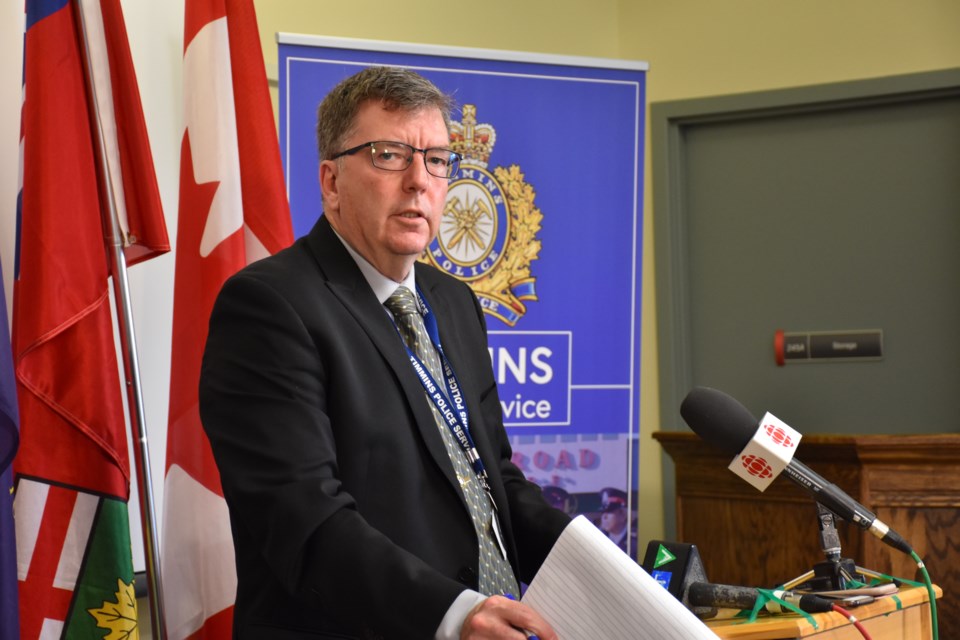 Police are asking for information on a mother, father and two teenaged children, as their investigation continues into the discovery of four bodies and a burned out sedan on a rural Timmins road.

Police were alerted to a vehicle fire on Price Road, about six kilometres south of its intersection with Dalton Road, about 6 p.m. Friday April 20. Police say the remains of four people were found at the scene. They do not know when the fire took place or how it started, but say it is suspicious.

The identity of the four deceased people remains unconfirmed, but police today asked the public to assist with information on four named individuals:

“We cannot identify the people that were burned in the car, but I can tell you that the vehicle in question that was found burned at the scene is registered to one of the four people that we’ve named here today and that’s where that link has been made on an investigative point of view and it’s the reason that we’re interested in finding out more about these people. I can also say that these four people are currently unaccounted for and have been since we became aware of this incident,” said Timmins Police Staff Sgt. Danny Charest.

Police have clarified that the remains of three people were found inside the vehicle, which was near the roadway, while a fourth body was located "nearby."

Charest said the fourth person was not burned, however couldn’t comment on their condition beyond that.

“Exactly what’s happened to these four people in these tragic circumstances is exactly the focus of our investigation right now,” he said.

The remains were sent to Toronto for post-mortem examinations, while the vehicle is at the Centre for Forensic Sciences in Toronto.

“Because it is an ongoing investigation and I don’t have all the pieces of the puzzle per se, I’m not in a position to release anything about what our investigative theories might be at this point,” he said.

“The Timmins Police Service continues to liaise with a local family believed to be related to this event and are committed to maintaining an appropriate balance between moving the investigation forward, the public remaining informed and the respect for the privacy of the families,” Charest said.

Since releasing the news, police have maintained that there is no threat to public safety and that it's an isolated incident.

To narrow down a timeline of events, police are also asking anyone who saw the vehicle involved, a 2004 Chrysler Intrepid that is either blue or green, in Timmins or in the outlying area leading up to Friday, April 20 to let them know.