He wrote prescriptions for fentanyl patches that were sold to addicts here
Nov 21, 2019 12:49 PM By: Darren MacDonald 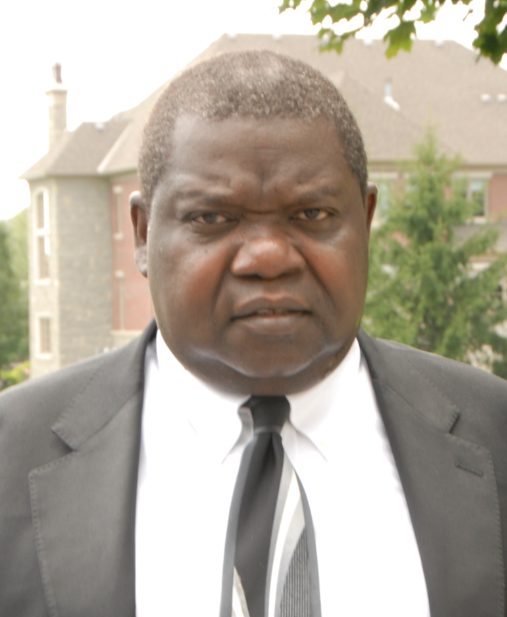 Dr. George Otto is seen here in this photo provided as part of his appearance at a conference in the United States. (Supplied/ugandansatheart.blogspot.com/)

A Southern Ontario physician has been handed a 12-year jail sentence for trafficking fentanyl patches that ended up being sold on the streets of Greater Sudbury.

In a decision released last month, the Superior Court of Justice said Dr. George Otto, 61, had an “unblemished” record as a medical doctor, yet was deeply involved in selling illegal drugs that cause much harm.

“I start this difficult task by acknowledging the tragic irony that pervades this case,” Justice Joseph Di Luca wrote in his sentencing decision. “A doctor, sworn by oath to help save lives, participated in a scheme that ultimately put many lives at risk. This tragic irony is made all the more acute when one considers that greed is the only apparent motive.

“For reasons that are hard to fathom, Dr. Otto sacrificed his professional and personal existence to make easy money. Dr. Otto’s fall from grace is, in a word, staggering.”

The case dates back to 2015, when Greater Sudbury Police were investigating suspected drug trafficker Sean Holmes, who they believed was selling fentanyl along with other suspects. They noticed he travelled to Vaughan frequently, where he met up with a man named Liridon Imerovik. Police determined Imerovik was supplying Holmes with fentanyl patches.

They traced the patches back to a pharmacy, which led them to the doctor writing the prescriptions for the fentanyl: Otto. It emerged the owner of the pharmacy, Shereen El-Azarak, was paying Otto and two other doctors to write the phony prescriptions.

People were lined up to be fake patients, who were paid up to $500 to participate, while Otto received as much as $1,500 for each fake prescription he wrote.

An investigation into Otto's practice revealed patients who came to him with existing fentanyl prescriptions had them renewed with little or no oversight.

“However, in many cases, Dr. Otto prescribed fentanyl to patients who presented with purported ailments,” the court transcript says. “The medical files reveal scant, if any, justification supporting the legitimate prescription of fentanyl. In some instances, the amount of fentanyl prescribed is associated with end-of-life palliative care.”

Between March 2015 and January 2016, Otto issued more than 6,000 fentanyl patch prescriptions, of which 3,800 came from the pharmacy taking part in the trafficking ring.

Regarding motive, Otto was “under financial pressures” at the time, pressures that have gotten much worse since his arrest.

While Otto received 12 years, El-Azarak, the owner of the pharmacy, received 13 years in a federal penitentiary, and Imerovik and Holmes, both described as “addict traffickers,” each received six-year sentences, with Holmes sentenced to an additional eight months.