Attorney General Doug Downey introduced a package of election law reforms that if approved, would go into effect before the next provincial vote set to take place in the spring of 2022
Feb 25, 2021 3:02 PM By: Canadian Press 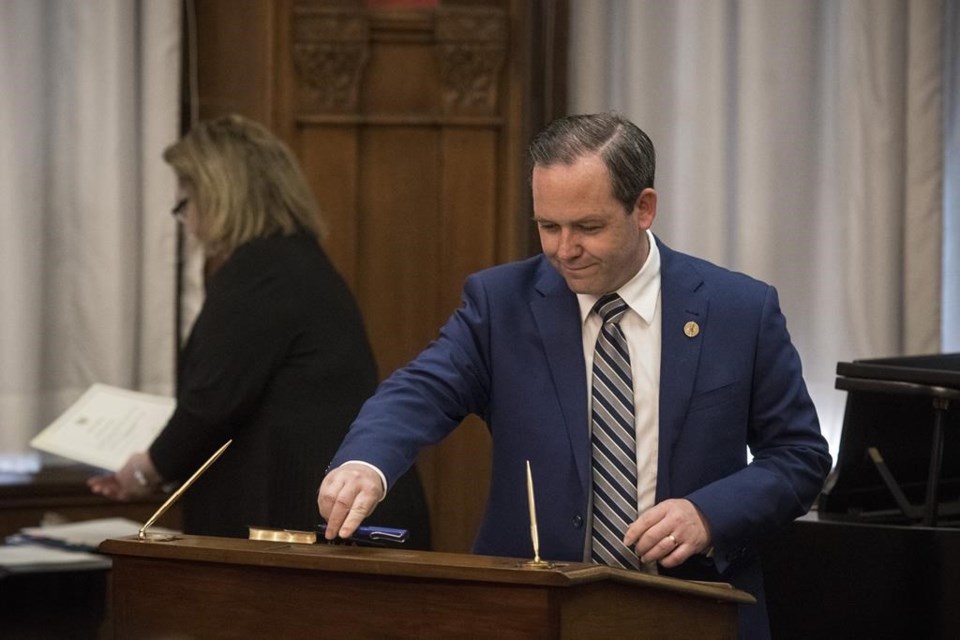 Attorney General Doug Downey introduced a package of election law reforms that if approved, would go into effect before the next provincial vote set to take place in the spring of 2022.

Downey said one of the proposed changes would extend the $637,200 spending limit placed on third-party advertisers from six months before an election to a year.

“Ontario is the only place where we count third party in the millions (of dollars) instead of in the thousands,” he said in an interview. “And we've heard from Elections Ontario that they have concerns with that dynamic.”

Third parties, such as the conservative group Ontario Proud and union-led Working Families Coalition, have played a significant role in recent provincial elections, launching extensive advertising campaigns in bids to sway the vote.

Downey said the change will not bar those groups from participating but will cap spending ahead of the writ period.

“Look, any third party, whether it be a corporation or an organization, that throws together as a pop-up organization has the ability, even under these changes, to spend $50,000 a month for 12 months,” he said. “That's not insignificant.”

The law also proposes to limit what the government calls “collusion” between those third parties and political parties.

“We just want transparency and fairness,” Downey said. “When we talk with third parties spending their ($637,200), we want to make sure that there's rules around them sharing information, common vendors, common contributors, use of funds from foreign sources.”

The amount individuals can donate to a party, candidate or constituency association would also double from $1,650 to $3,300 a year.

The bill also proposes to extend the number of advance polling days from five to 10.

"Ultimately, we want to make it easier and safer for people to vote," Downey said.

The legislation will, for the first time, clarify the use of social media accounts by provincial legislators.

It will also give Elections Ontario more enforcement powers, and the ability to fine individuals or groups it deems to have violated election rules.

Currently, the province's chief electoral officer must report infractions to the Ministry of the Attorney General, which then decides whether to prosecute.

Downey said the change would align Ontario with federal practices.

This report by The Canadian Press was first published Feb. 25, 2021.

Note to readers: This is a corrected story. An earlier version, based on information provided by the government, said the spending limit placed on third parties six months before an election was $600,000.