'All of my properties — even my restaurants have paid. They've had some struggles but they are doing takeout. I have a fitness club which is completely shut down — they're not allowed to operate and yet they've maintained their rent...'
May 21, 2020 10:54 AM By: Stu Campaigne 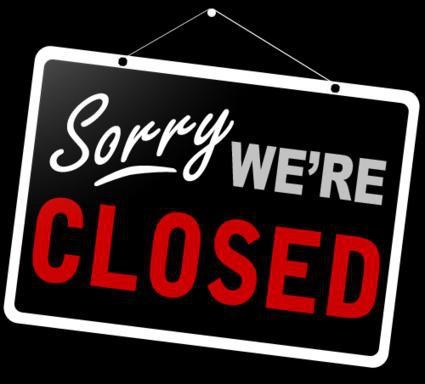 Ontario landlords are attempting to lend a collective helping hand to the provincial government as the business community prepares to get back on track.

John Wilson, a local landlord and president of the Affordable Housing Providers of Ontario (AHPO) says who better to help frame Ontario's commercial rental assistance program than the stakeholders themselves?

"What we have tried to do is reach out to the government and say, 'We do this every day, let us work with your policy advisors to put together a program that can work,'" says Wilson, "but we're in a holding pattern."

Wilson says the AHPO has already been involved on the residential side of the equation, negotiating with Minister of Municipal Affairs and Housing Steve Clark at Queen's Park.

He says the lines of communication have not always been clear as the levels of government wade through the murky waters of the COVID-19 pandemic but it is his understanding Nipissing MPP and Minister of Economic Development, Job Creation and Trade Vic Fedeli will be responsible for the commercial rental file. BayToday reached out for a comment from Minister Fedeli on the commercial rental assistance program but received no reply.

"What we do know is most commercial landlords are dealing successfully with their own tenants — which is basically our point...It's a good thing the government has come out with it, it's good that they're thinking about maintaining small business but let's do it in a sensible way," says Wilson.

Provincial commercial rental assistance falls under the umbrella of the federal CECRA program in the form of the Ontario-Canada Emergency Commercial Rent Assistance (OCECRA) program.

It's a positive move but certain aspects of the program must be tweaked, says Wilson. For instance, it could prove difficult for some tenants to qualify for the program without a percentage or reporting rent agreement, he says. "How do they prove they qualify so that the landlord can then opt in and apply for a rebate?"

Wilson says the typical landlord will experience a net loss of about 15 per cent of their typical rental income.

"The profit structure in a commercial lease is certainly not 25 per cent. So, if they're forgiving 25 per cent and only collecting 75 — and their profit margin is only 10, they'll actually lose 15 per cent of their revenue. If they set it at a 10 per cent forgiveness rate, it would only be a break-even point," he explains.

Wilson adds, "All of my properties — even my restaurants have paid. They've had some struggles but they are doing takeout. I have a fitness club which is completely shut down — they're not allowed to operate and yet they've maintained their rent because they want to keep that premises."

On what a rent program dating back to April would look like, Wilson asks, "What would the government have us do? Rebate?"

Wilson clarifies, "One of our recommendations is to make it a 90-day program but make it effective for June, July and August. It will help in the recovery because as we open back up, these businesses will still get a rebate on their rents at a time when they are recovering from their losses, as opposed to retroactively."

The AHPO represents landlord interest groups from across Ontario, including the Near North Landlords Association (NNLA) — of which Wilson is a past president.

The local group gives the commercial rent assistance program "one thumb up for getting it right with an abatement model rather than another deferral program. But [we] cannot give this government the second thumb up when it announces a program that sacrifices one business over another, it needs to be fair."

Says current President Tricia Marshall, the NNLA is pleased to hear from the Prime Minister and Premier of programs to provide aid to commercial tenants in the form of rent assistance in CECRA and OCECRA, but "cannot give the province two thumbs up when there are so many questions to be answered."

Marshall encourages the consultation of stakeholders.

"Landlords are being placed in a difficult position, without more information it is difficult to commit to giving rent relief without doing due diligence and working out a comprehensive understanding of the impact this will have on our businesses."

About the Author: Stu Campaigne