According to the motion itself, declaring a climate emergency will help the city name, frame and deepen Kingston’s commitment “to protecting our economy, our eco-system, and our community from climate change"
Mar 6, 2019 4:05 PM By: Global News 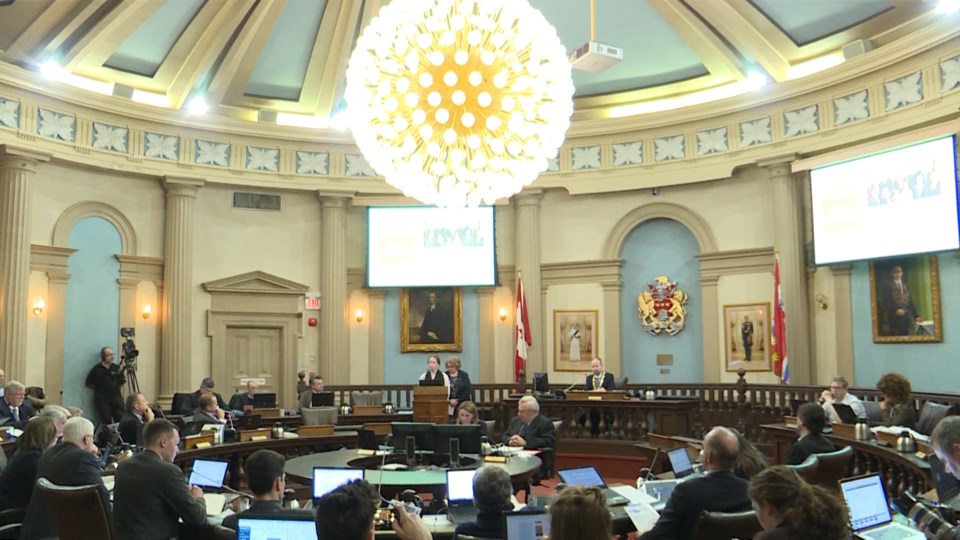 Kingston city council made history Tuesday evening when it passed a motion to declare a climate emergency within city limits.

The motion was brought by first-term councillor and long-time Kingston Green Party candidate Robert Kiley, and seconded by Coun. Jim Neil. Kiley wants politicians to deepen their commitment to protecting the city from the impacts of climate change.

Both Halifax, N.S., and Vancouver, B.C., have recently declared climate emergencies, as have several municipalities in Quebec, according to Kiley, but Kingston is the first to do so in Ontario.

According to the motion itself, declaring a climate emergency will help the city name, frame and deepen Kingston’s commitment “to protecting our economy, our eco-system, and our community from climate change.”

Although the motion is a symbolic gesture, Kiley says council is prepared to act.

“That was the first step,” Kiley said. “We’re preaching now, but now we have to practise.”

Kiley says council is currently discussing practical ways to dramatically reduce the city’s greenhouse gas emissions, ways that will be ironed out during strategic planning sessions slated for the end of March.

When asked if he believes each councillor was prepared to make changes that would bring about necessary reductions, Kiley says he had faith.

“Climate change affects the entire community, whether you’re on the right or the left side of the spectrum.”

Kiley also said that despite not being able to significantly impact global reductions, climate change action has to happen on the granular level in order to happen at all.

He ended by quoting Margaret Meade: “Never doubt that a small group of thoughtful, committed citizens can change the world. Indeed, it’s the only thing that ever has.”

BEYOND LOCAL: Ways you can reduce your baby’s pain during medical procedures
Nov 28, 2020 9:25 AM