Ford's comments come days after the province reported its highest single-day increase in new infections since the start of the pandemic
Oct 28, 2020 4:21 PM By: Canadian Press 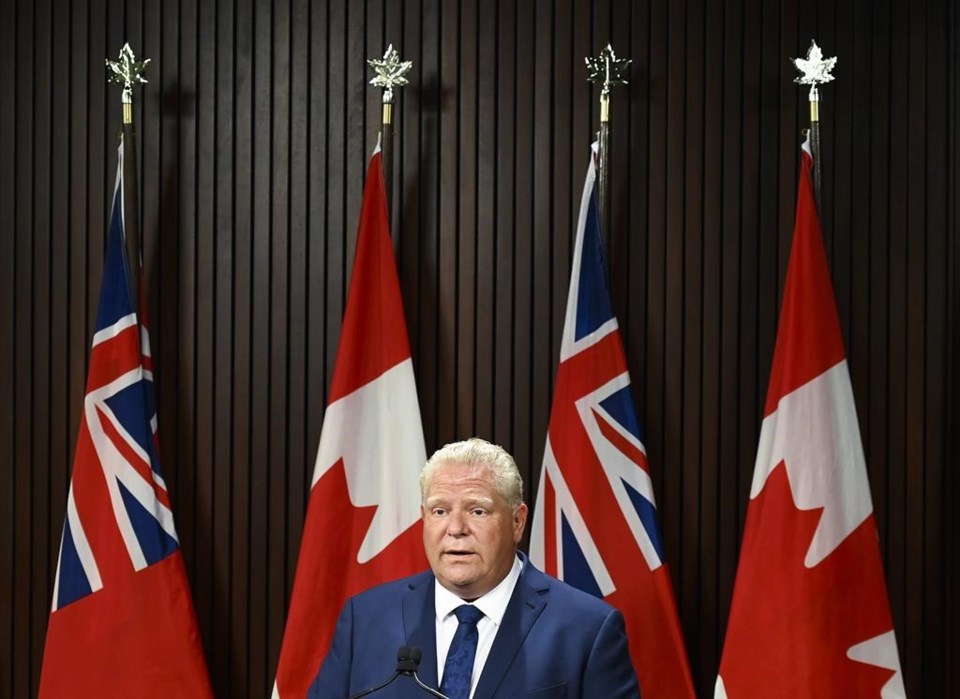 TORONTO — Ontario's newest COVID-19 projections will show numbers "moving in the right direction," Premier Doug Ford said Wednesday as he warned residents not to ease up on physical distancing and other health measures.

The premier said new modelling is expected to be released Thursday and will show some improvement in how the second wave of the pandemic is playing out in the province.

"I wouldn't go as far as (to say the curve is) flattening but we see it going in the right direction and that's really positive," he said in a news conference Wednesday.

At the same time, he said,  "just because we see it sloping down a little bit doesn't mean we let our guard down."

Ford's comments come days after the province reported its highest single-day increase in new infections since the start of the pandemic — more than 1,000 new cases on Sunday.

Dr. Adalsteinn Brown, one of the people behind those figures, is expected to provide the updated projections Thursday afternoon, alongside other provincial health officials.

Ontario reported 834 new cases of COVID-19 on Wednesday, and five new deaths due to the virus.

Health Minister Christine Elliott said 299 cases were in Toronto, 186 in Peel Region, 121 in York Region, and 76 in Ottawa.

Those four regions have been under enhanced health restrictions since earlier this month in an attempt to contain a recent spike in cases.

Last week, Ford said he would consider imposing the same stricter rules on Halton Region, which neighbours Peel. He later reversed course after local politicians pushed back against the possibility and the province's top doctor said more data was needed.

Elliott said Wednesday the numbers in Halton were low compared to the other hot spots but said the province continues to monitor the situation in the region.

The province also said 312 people are currently in hospital with COVID-19, including 71 in intensive care. Of those, 51 are on a ventilator.

It says another 773 cases are now considered resolved, and 30,010 tests have been completed since the last daily report.