ONTARIO: Experts weigh in on how the Ontario teachers’ strikes will affect students’ learning 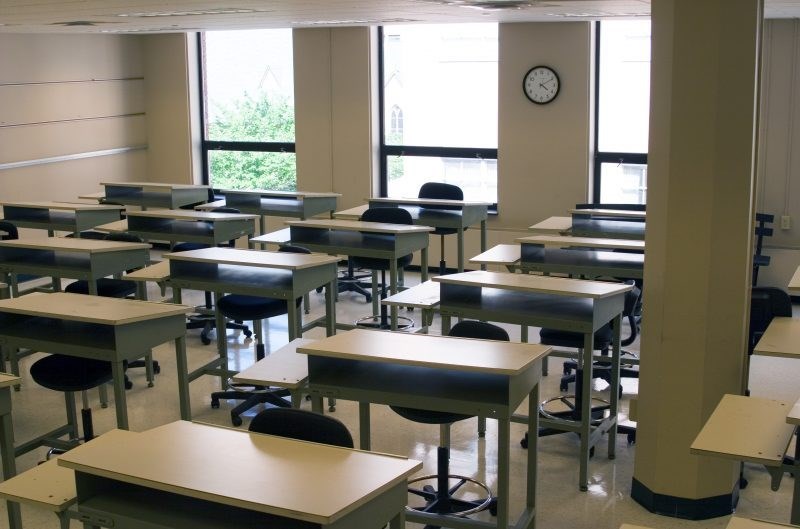 Ontario’s four teachers’ unions are pursuing job actions in an ongoing dispute that’s taking place between them and the provincial government.

While the Ontario teachers’ strikes may be a nuisance in the short term, education experts say it’s important to look at the long-term consequences that the unions’ job actions will have.

“It seems to me, from what I’ve seen in classrooms and schools, that teachers have been, for the most part, very strategic in which services they’re withholding, and most of them do not fully impact individual students,” said Joel Westheimer, the University of Ottawa’s research chair in democracy and education.

According to Westheimer, some of the teachers’ job actions are headaches for school administrations and the Ministry of Education.

The strikes also put pressure on parents, he added, because the teachers’ unions want parents to understand what’s at stake.

“Of course, there’s curricular activities that students aren’t getting, and parents have to deal with students not being in school,” Westheimer said.

“In the long term, of course, it is the teacher unions who are…fighting for a lot of the things that many parents and a lot of education research agree improves education.”

Some of those things include maintaining smaller class sizes for students, more supports for students with special needs, staffing levels of education workers and teachers, and retreating from mandatory e-learning.

“I think we can safely conclude that learning in the long run would be considerably worse if there were no strikes,” Westheimer added.

According to Sue Winton, an education professor at York University, the elementary school curriculum is laid out in a way that doesn’t prescribe learning outcomes based on the actual time spent in the classroom.

The high school curriculum is set up similarly, she added, in the sense that there are certain expectations that students should have the opportunity to achieve.

“Given the flexibility of the curriculum … I’m not concerned,” said Winton, who specializes in education policy.

“I don’t think parents need to be concerned that the learning expectations won’t be addressed.”

“Obviously, you need to be in school to learn, but it’s unclear — I would say inconclusive — about whether [or] not having a day here or not having a day there is going to affect these particular students in the short term,” he said.

Both Westheimer and Winton agree that there isn’t a risk of students not being able to graduate or move on to their next academic year. Westheimer also said it’s “high unlikely” students will need to take summer school or courses because of the strikes.

“Of course, every student is different,” Winton added.

“I have no doubt that [teachers] will work within all of their capacity to ensure that students have the opportunity to achieve their expectations before the end of the school year.”

Because of the unions’ job actions, many school boards have said that they won’t be able to produce Term 1 report cards for elementary school students, and some have also decided not to proceed with the EQAO Grade 9 math test.

However, Winton and Westheimer agree that this won’t necessarily affect students’ learning.

“Up to Grade 4, students develop at such different rates that there’s a lot of questions about the degree to which report cards are helpful,” Westheimer said.

“Until at least Grade 5, there’s no such thing as really being behind or ahead.”

Winton said a report card shouldn’t be the first indication whether there’s an issue or concern with a student.

“I would expect that in the vast majority of cases, if not all cases, that teachers and parents would be in communication, particularly if there was a concern,” she said, adding that the EQAO assessments aren’t designed to be teaching tools.

“Those tests are designed, to my understanding, to capture a moment in time on a particular day what students have learned up until that particular point.”

According to Westheimer, the number one education investment that pays off in the long-term is facilitating good teaching and learning conditions for both students and teachers.

“The wealthiest private schools and the most prestigious schools anywhere in North America would never hold classes online and would never have class sizes of 20 or 30 students,” Westheimer said.

Members of the Elementary Teachers’ Federation of Ontario (ETFO) have been holding one-day, rotating strikes at school boards across the province and are planning to escalate them next week if a deal isn’t reached with the government.

— With files from The Canadian Press