If you've got a spare $1.25M, Northern Breweries building in Sudbury up for sale again 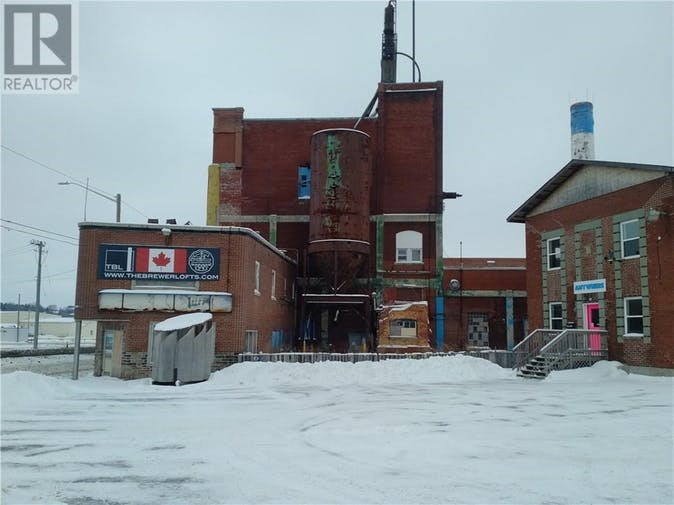 After failing to convince the city to provide more than $9 million in incentives and a personal loan, the man behind the Brewer Lofts development on Lorne Street has put the building up for sale. (Supplied)

After failing to convince the city to provide more than $9 million in incentives and a personal loan, the man behind the Brewer Lofts development on Lorne Street has put the building up for sale.

For the last four years, Greg Oldenburg has been working to transform the former Northern Breweries building, drawing up detailed designs and pre-selling some of the units.

Oldenburg wanted to put 50 loft-style condominiums in the building, along with commercial and communal spaces and created a website for anyone curious about his plans.

The building has largely been unused since Northern Breweries closed in 2004, despite efforts in 2005-2006 to save the business. The exterior has deteriorated considerably since then, and while it was sold in 2010, the buyer was unable to find a way to make it viable.

Oldenburg stepped in at a time when Sudbury's condo market was heating up, and his plan was announced around the same time as Panoramic had a similar redevelopment plan for the former St. Joe's hospital site near Bell Park.

Oldenburg, who is asking for $1.25 million for the building, made a last-ditch attempt to save his project during last winter's budget process. He sought $9.5 million in a mix of grants, tax relief and a loan.

While applying through some existing incentive programs, his requests far exceeded the budget for those programs and was rejected.

While he paid less than the $850,000 asking price when he purchased the building, the ad to sell the property says Oldenburg has done extensive renovations since then.

“The seller has undertaken an enormous amount of work (including Phase I and II, As-built 3D-CAD drawings, building structural review, land surveys (CAD based), title absolute, Geo-Technical report, etc.), to support a variety of development options,” the advertisement says. “The seller also received rezoning approval for the properties (R-3 Special) which represents up to 50 apartments and 20,000 square feet commercial space.

“Regardless of the intended use, the majority of the preparatory work initiated supports its current zoning or commercial and/or residential occupancy.”