Following the resignation of law school dean, Angelique Eaglewoman, First Nation leaders are calling for significant changes at Lakehead University, including launching an independent review into allegations of systemic racism
Apr 25, 2018 9:01 AM By: Doug Diaczuk 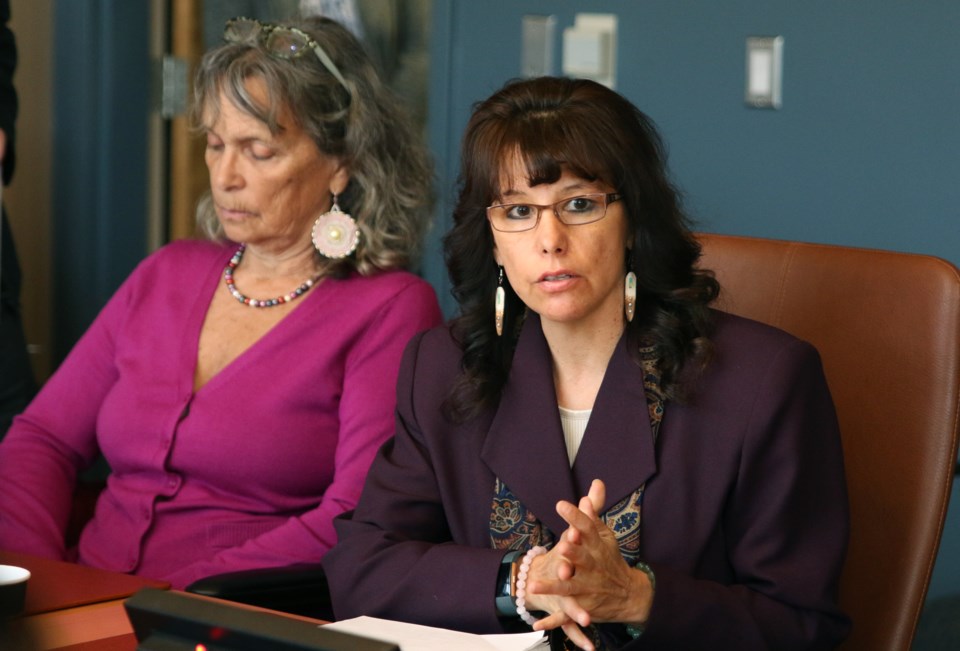 THUNDER BAY — First Nations leaders are calling for significant changes at Lakehead University after what is being called the disheartening resignation of Bora Laskin Faculty of Law dean, Angelique Eaglewoman.

Eaglewoman, who was the first Indigenous woman to be named the dean of a Canadian law school, resigned from the position earlier this month after being in the position for two years, claiming her decision was based on experiences of systemic racism at the university.

“From the very beginning of my tenure as dean, I felt there were certain staff and faculty members that were very resistant and over time I began to see the systemic racism and called for cultural competency training within the faculty of law,” Eaglewoman said. “Then I began to experience from senior administration didn’t see it the same way and weren’t going to support me in those efforts.”

In light of Eaglewoman’s resignation and allegations of systemic racism at the post-secondary institution, First Nations leaders from Fort William First Nation, Nishnawbe Aski Nation, and Metis Nation of Ontario, are calling on Lakehead University to take the necessary steps to address institutional discrimination and move toward reconciliation.

Fort William First Nation Chief Peter Collins said a letter will be sent to the Lakehead University Board of Governors outlining several recommendations, which include committing to appointing an Indigenous dean at the faculty of law, offering Fort William First Nation a designated seat within the Ogimaawin Aboriginal Governance Council, to develop an Indigenous reconciliation strategy, and to launch a full independent review and response to the issues and allegations brought forward by Eaglewoman.

“I think that is a couple of steps in the right direction,” Collins said. “Talking about truth and reconciliation, they are a school who are supposed to be teaching that to our people and other First Nation communities and non-Aboriginal communities so that they understand the traumatic issues that we’ve dealt with over the years and over generations.”

Eaglewoman said her heart was overflowing and she is very thankful for the support from First Nations leaders, who she said played a pivotal role in bringing the law school to Northwestern Ontario.

“They see the importance of this law school and its role and what a difference it can make in Northern Ontario,” she said.

According to Eaglewoman, the strain of experiencing resistance when attempting to implement cultural competency training, as well as having to teach all mandatory Indigenous law courses on top of her duties as dean, began to affect her health and family.

When asked about any specific examples of resistance or lack of support, Eaglewoman said she could not answer those questions. She did say that any opinions or ideas she brought forward to senior management were disregarded, which she attributes to her being an Indigenous woman.

“You would expect when a dean was challenged internally, that senior administration would give me the tools and the ability to respond, but in fact I wasn’t given that, I was told to placate,” she said. “I felt like a non-Indigenous person in that role would have absolutely been supported in a way that I was not.”

“In terms of what I experience, I would say I was the person who experienced the discrimination,” she said.

Collins said he hopes after the letter of recommendations are received by the Lakehead University Board of Governors that they will reach out to him to try and make change, which is needed in a community he says is already struggling with issues of systemic racism.

“Today, we are listening to, and reflecting on, what has been shared by our region’s Indigenous leadership,” the statement reads. “We are committed to creating the conditions whereby everyone at Lakehead University can flourish, and we look forward to ongoing dialogue and action. We will be responding to requests for comment, tomorrow.”

About the Author: Doug Diaczuk

Doug Diaczuk is a reporter and award-winning author from Thunder Bay. He has a master’s degree in English from Lakehead University
Read more