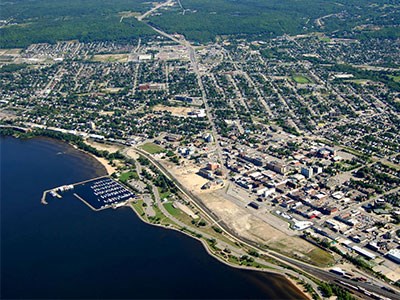 NORTH BAY - A comment yelled out by Liberal member Lou Rinaldi Thursday in the Ontario Legislature has the opposition pouncing.

During a speech by Parry Sound-Muskoka MPP Norm Miller on the north, Rinaldi, speaking off camera, heckled Miller by referring to the region as “No Man’s Land.”

The comment was immediately caught by PC MPP Sam Oosterhoff on the floor of the legislature.

"I don’t know, I found that very insulting, quite frankly. I don’t think the north is a no man’s land. I think we’ve heard that the north is a very important part of our province that contributes to the socio-economic culture of our province in significant ways. We should treasure the north. We should celebrate the north, and we should be doing everything we can to build the north up. Quite frankly, I was disappointed to hear that sentiment from the government benches.”

Since facing backlash at Queen’s Park, Rinaldi admitted making the statement but says he was attacking Vic Fedeli’s comments.

"It’s a puzzling excuse given that Norm Miller, not Vic Fedeli, was speaking at the time," says a PC news release.