Living Reef Memorial Canada incorporates cremated remains into a mold that is placed at the bottom of the ocean
0
Sep 18, 2019 12:09 PM By: Meghan Groff 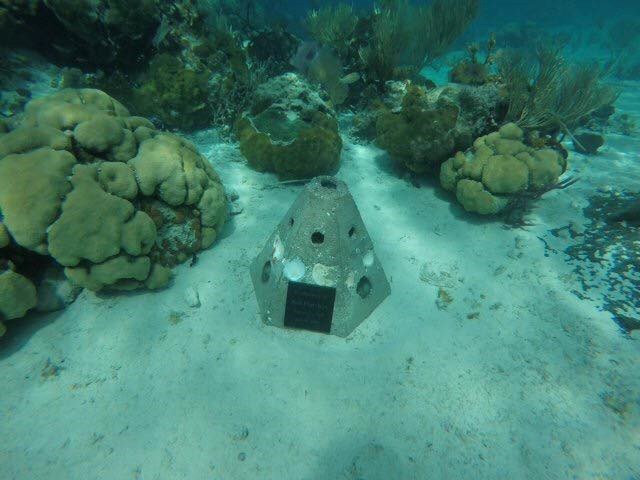 An organization that turns cremated remains into a habitat for sea life is expanding to Nova Scotia.

"We take cremated remains and we incorporate it into a mold that is placed at the bottom of the ocean," he told NEWS 95.7's The Sheldon MacLeod Show. "It becomes an artificial habitat for marine life, helping to replace the reefs that are disappearing in our systems."

"In a very short amount of time, algae starts to grow onto the side of the reef," he said. "With the algae growing and the seaweed coming, the small crustaceans and small marine animals, like shrimp and such things, start to accumulate both in and around the reef, and what follows is the next size up, then the next size up."

The reefs are heavy and designed in a way that they don't move in big swells. Once placed, the family gets the GPS coordinates so they can visit.

"I've had people who have come out to witness the deployment, and then every year they go back to the location," he explained. "They go by kayak, go by their own boats, or they scuba dive down to the site and see the changes happening on the reef as time progresses."

"They're not that far offshore ... they're still accessible and you know exactly where they're situated."

Living Reef Memorial was started by marine biologist in California. Owens expanded it to Canada, launching the concept in B.C. in 2017.

Now, there is an approved Living Reef location in Nova Scotia, within St. Georges Bay.

"But we also have requests in for near Black Point and another site near Yarmouth," Owens said.

Living Reef needs to get licences from the Department of Fisheries and Oceans, Environment Canada and Transportation Canada in order to establish a location.

Some of the proceeds to go a sea turtle rescue program in Belize.

Owens said green burials are fast-growing segment of the funeral business, but he believes this concept takes that trend one step further.

"The green burial cemetery is designed that it doesn't do damage to the Earth, but Living Reef Memorial actually gives it a benefit," he said. "It's the ultimate of the green burials."

About the Author: Meghan Groff

Born in Michigan, raised in Ontario, schooled in Indiana & lives in Nova Scotia; Meghan is the community editor for HalifaxToday.ca.
Read more