COVID-19: Postmedia revenue down more than 25% amid advertising pullback

The company implemented two rounds of layoffs earlier in the pandemic, as well as a salary reduction program for much of its staff
Jul 9, 2020 3:37 PM By: Canadian Press 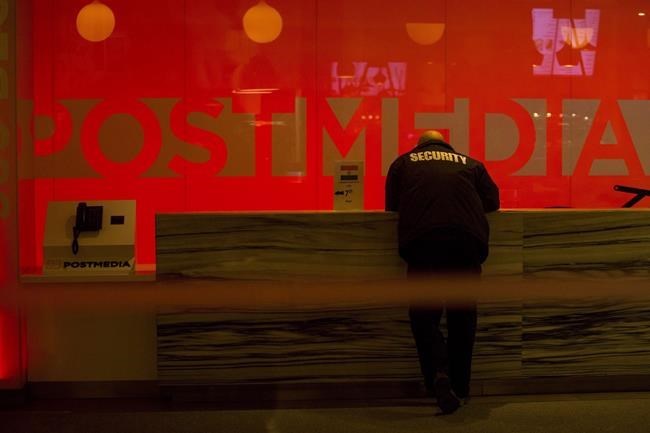 The owner of Canada's largest newspaper chain saw its most recent quarterly revenue slashed by a quarter as advertising revenue decline accelerated amid the COVID-19 pandemic, but said it would stop a pay reduction program one month early thanks to government aid.

"Results in our third quarter reflect the impacts of the near economic standstill brought on by the COVID-19 pandemic," said Andrew MacLeod, Postmedia Network Canada Corp.'s president and CEO, in a statement Thursday.

During the quarter, advertising revenue declines "accelerated" as a result of the pandemic, the company said, noting it continues to work to address the current challenging environment.

It has been focused on the safety of employees, as well as preserving liquidity, constraining costs and pursuing government support, among other things, said MacLeod.

In the quarter, Postmedia lowered its operating expenses excluding depreciation, amortization and restructuring by 26.2 per cent. That includes the impact of initiatives started in the quarter that the company expects will provide about $8 million of net annualized cost savings.

It applied for the Canada Emergency Wage Subsidy and has received $20.4 million so far. The government has since announced a 12-week extension for the emergency wage subsidy program and Postmedia said it has qualified for the first four-week period of the extension and will continue to monitor further eligibility.

The company implemented two rounds of layoffs earlier in the pandemic, as well as a salary reduction program for much of its staff.

In late April, Postmedia laid off about 50 employees temporarily. It also closed 15 community publications in Manitoba and Ontario, resulting in about 30 permanent layoffs.

In late May, it laid off roughly 40 unionized workers.

In April, the company reduced salaries for employees earning more than $60,000 by five to 30 per cent. At the time, the company said the pay cut would last at least three months at which point they would be re-evaluated.

"We are pleased to announce that we will be lifting the salary rollback one month early, retroactively to July 6, 2020," the company said in a statement.

"This is due to government programs that have benefited the company, most notably the extension of the CEWS benefit as well as exceptional work done by our teams to constrain costs and conserve cash."

Postmedia also plans to continue to identify and undertake ongoing cost-reduction initiatives as it grapples with declining revenue in its legacy print business.

This report by The Canadian Press was first published July 9, 2020.