COVID-19: Experts advise you stay at least two metres away from others when going for a dip this summer 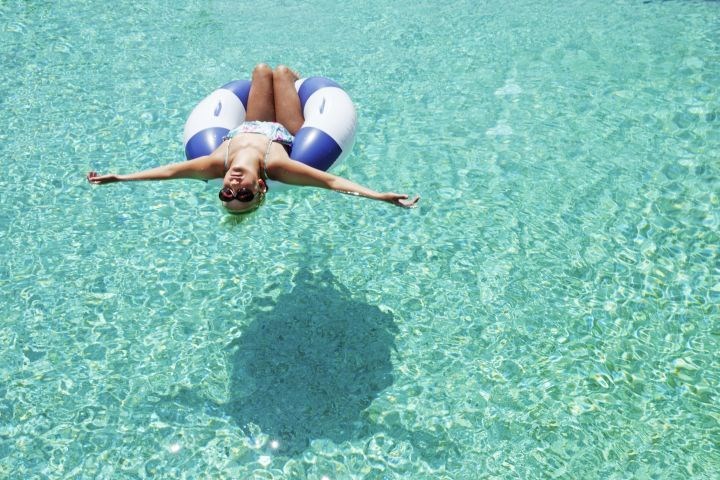 Going for a dip this summer?

Make sure you’re at least two metres away from others, experts say.

While the coronavirus pandemic shouldn’t stop you from enjoying the outdoors this summer, you still need to take precautions to avoid catching the virus or giving it to others.

“Even though we’re outside, at the beach or lake or wherever it is and enjoying the water … you still need to be aware of social distancing,” said Kay Bidle, a professor of microbial oceanography at Rutgers University.

The problem isn’t really the water, it’s other people around you, Bidle said. He doesn’t think the virus would survive very well in water, or it would quickly dilute into the water body, and so it would be unlikely you would get infected that way.

“The danger is far less that than it is interaction, touching and being in close proximity,” he said.

The virus is primarily transmitted through droplets sprayed into the air by people speaking, coughing or sneezing, he said. And unless you can breathe underwater, you’re still going to be spreading those droplets while you’re in a lake.

“At the beaches, there’s usually enhanced wind,” Bidle said. “And so what that does is it increases the distance by which these things can be transported.”

The particles would quickly dilute in the air, he said, but the wind could push them farther than usual – something he says happens with marine viruses.

With proper distance, it’s probably safe to swim at a beach, said Dr. Anna Banerji, an infectious disease specialist and associate professor of pediatrics and public health at the University of Toronto.

She’s less certain about a pool.

“Is it possible to have kids playing in a backyard pool and keep six feet away?” she asked. “If you have a bunch of kids from different families or different bubbles getting together, those kids, it’s easy if one of them is infected or asymptomatic for it to spread.”

It wouldn’t be very practical to wear masks in a pool, she said, so even that small barrier wouldn’t be there.

Public pools, which remain closed in many jurisdictions, present even more risks because of things like small change rooms and washrooms where lots of people are touching the same surfaces, she said.

“I think swimming in a pool is a risky thing.”