Older inmates account for one-quarter of the inmate population in federal institutions, with their numbers increasing by 50 per cent over the last decade
0
Mar 3, 2019 8:55 PM By: Canadian Press 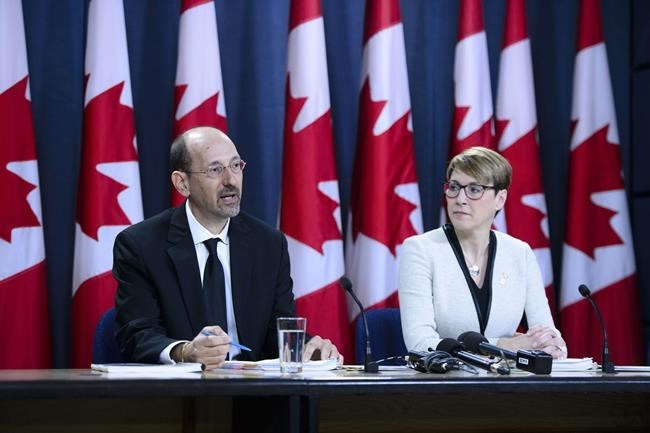 The federal correctional investigator and the Canadian Human Rights Commission on Thursday called on the Correctional Service of Canada to meet the unique needs of older people behind bars, whose numbers are going up — along with government costs for holding them.

The two bodies said the country needs a national strategy to address the care and needs of people over 50 prison in federal custody.

They said the corrections service should find ways to release older inmates who don't pose undue risks to public safety into the community, long-term-care facilities, or hospices to outsource their care.

Many aged inmates remain in prison well past their parole eligibility dates even though they have completed almost all of their correctional plans and pose little risk to the public, the report says.

“Every person in Canada, including those in federal custody, has a right to live their final moments with dignity and safety. Prisons are not equipped to provide end-of-life care," Marie-Claude Landry, head of the human rights commission, said in a release. "Correctional Service Canada must do more to ensure inmates can return to the community and so that end-of-life care is humane and dignified. This starts with encouraging and facilitating inmates to maintain meaningful connections within their community.”

Older inmates account for one-quarter of the inmate population in federal institutions, with their numbers increasing by 50 per cent over the last decade.

Those over age 65 are more likely to have chronic diseases than seniors who aren't in prison, which has helped driven up correctional health-care costs.

Interviews with more than 250 older inmates and dozens of staff also unearthed reports that older offenders were victims of "muscling" and bullying. There were also accessibility issues at every prison officials visited as part of their work.

"Older offenders are one of the most costly cohorts to incarcerate, yet they pose the least risk," said correctional investigator Ivan Zinger. "More responsive and humane models of care exist in the community that would better support the reintegration needs of older offenders at a significantly lower cost. These alternatives could be funded through savings generated by unnecessary incarceration."