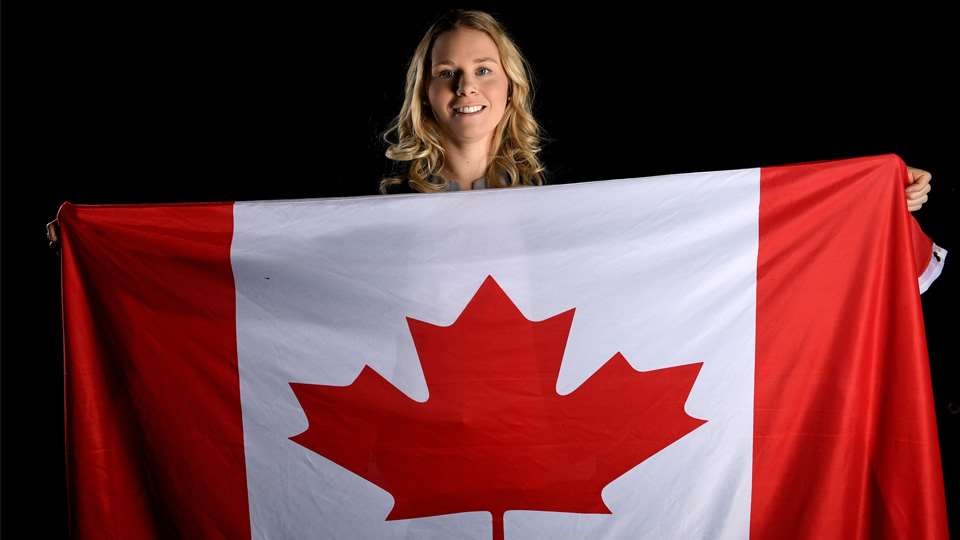 CALGARY – Haley Irwin is hands up and high-fiving it into retirement.

The two-time Olympic gold medallist – who also won silver with Canada's women's hockey team in 2018 – hasn't played in two years, but on Wednesday made it official that she was hanging up the blades for good.

“Hockey has been my passion since I was a young girl and I feel very fortunate to have been able to wear the Maple Leaf and represent this amazing country we live in,” said Irwin in a release issued by Hockey Canada.

“Hockey has taught me so many valuable lessons, given me so many amazing experiences and helped shape the person I am today. My teammates have become like family to me and I am forever grateful for the friendships I have gained and will cherish the memories we made.”

Irwin wraps up her career inside the top 20 all-time scorers with Canada's national women's hockey team, finishing with 80 points in 108 games.

She won gold in 2010 in Vancouver and followed up with a second gold in Sochi, Russia four years later.

Closer to home, Irwin represented Ontario at the Esso Women's Nationals, capturing gold in 2005 and bronze in 2007.

“I am forever grateful and proud to have been able to win the maple leaf/ I will miss everything about being a player, but will carry the lessons and memories with me forever,” Irwin said in an Instagram post.

It was that passion for the game that endeared her to Gina Kingsbury, Hockey Canada's director of women's national teams.

“Haley was always driven to win and fiercely competitive, which is why she was so successful. Her ability to read the game was a large part of that success and will no doubt be with her as pursues a coaching career,” Kingsbury said.

“We thank Haley for being a part of our program for 11 years and for contributing to our success. We have been fortunate to have Haley return to Hockey Canada in a mentor role, leading and inspiring our younger athletes to reach their goals, on and off the ice. We look forward to welcoming her back in the future, this time behind the bench.”

Irwin was a four-year starter a the University of Minnesota-Duluth, capturing an NCAA championship in 2008. She was the WCHA rookie of the year that same season and twice was a finalist for the NCAA top women's player of the year award.

Irwin was the third overall pick of the Montreal Stars in the 2012 Canadian Women's Hockey League draft.

After the 2018 Olympics, Irwin embarked on a coaching career, joining the Barrie Jr. Sharks of the Provincial Women's Hockey League. She's also assisted the national women's team with player development and skills sessions and is headed into her second season with the Ryerson Rams women's team as the lead assistant coach.

“I owe so many thank yous to the incredible people who guided me, supported me and believed in me,” Irwin said. “To my family, who have been on this amazing journey with me, I thank you from the bottom of my heart for your endless support and love. Playing for Team Canada was an honour and a dream come true and I will carry it with me for the rest of my life.”

A proud Nova Scotian who has called Thunder Bay home since 2002, Leith has been the editor of Thunder Bay Source for 18 years and has served a similar role with TBNewsWatch.com since 2009. Twitter: @LeithDunick
Read more