Courts determined job-sharers were mostly women who needed to care for their children, putting female employees at a disadvantage
Oct 16, 2020 1:01 PM By: Village Media 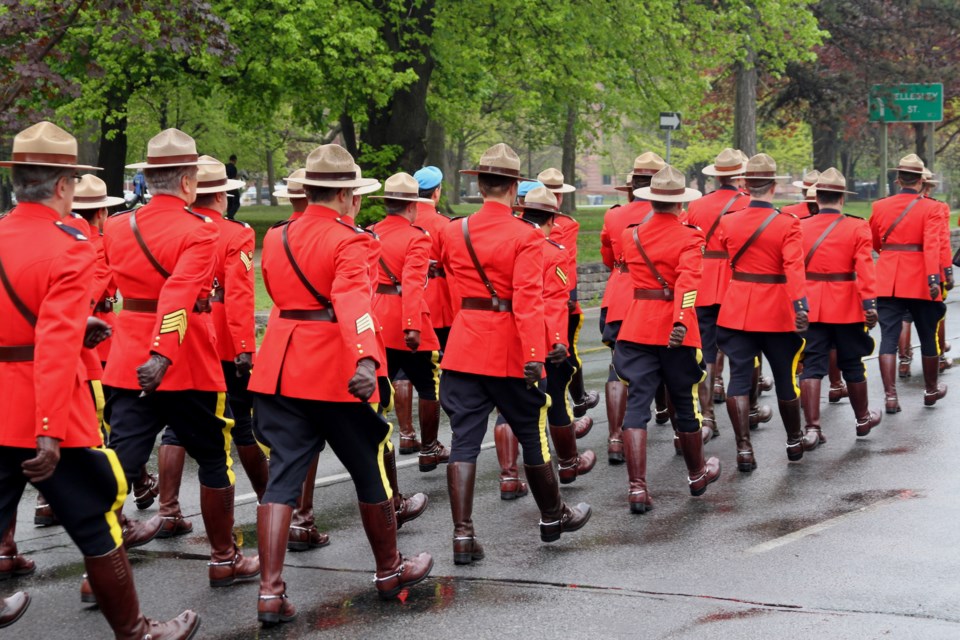 Ms. Fraser, Ms. Pilgrim, and Ms. Fox were Royal Canadian Mounted Police (RCMP) officers. They all had children in the 1990s. When they went back to work, they found it hard to juggle work with their childcare responsibilities. The RCMP wouldn’t let them work part-time. Ms. Fox retired and Ms. Fraser and Ms. Pilgrim took more unpaid leave.

In December 1997, the RCMP began to allow job-sharing as an option instead of unpaid leave. This way, two or three people could split the duties of one full-time position. It was for the benefit of both the employees and the RCMP. The three women joined the program and came back to work. Most people who joined the program were women with children. Most did so to balance work with their childcare responsibilities.

Members of the RCMP pay into a pension plan, and get a pension when they retire. Their pension gets bigger the longer they work and the more money they earn. Full-time members could “buy back” pension credit if they were suspended from duty or took unpaid leave. This would make their pension bigger. But if they job-shared, they weren’t allowed to buy back any pension credit.

Job-sharers said the situation was unfair. An expert said the RCMP could change the pension plan to let the job-sharers buy back pension credit. An RCMP committee agreed that job-sharers should be allowed to buy it back. The RCMP still didn’t let them.

Ms. Fraser, Ms. Fox, and Ms. Pilgrim said they should be allowed to buy back the pension credit. They said the pension plan treated job-sharers (who were mostly women with children) worse than other members. They said this breached section 15(1) the Canadian Charter of Rights and Freedoms, part of Canada’s Constitution. Section 15(1) says the law should treat everyone equally, without discrimination on certain characteristics.

The judge who heard the Charter application said there was no breach of section 15(1). She said if they were disadvantaged, it wasn’t because they were women or the fact that they had kids. It was because of their own choices. The Court of Appeal agreed.

The majority of judges at the Supreme Court disagreed with the lower courts. They said the pension plan discriminated against the job-sharers because they were women.

The Charter protects certain groups that share specific characteristics (for example, their race or religion). The law isn’t allowed to discriminate against people based on these “protected” characteristics. To decide if equality rights have been breached under section 15(1), courts first look at whether a protected group is singled out by the law somehow. Laws that seem neutral may still discriminate against members of protected groups by affecting them differently. Members of the group don’t have to show that the protected characteristic somehow caused the group to be more affected. It also doesn’t matter if all members of the group are affected in the same way. Next, courts look at whether the law maintains any kind of disadvantage to the group, or makes it worse. The majority noted that many attitudes and policies had disadvantaged women in the past. While many things have changed, rules like those in the pension plan can build on those past harms.

In this case, the majority said the pension plan breached the job-sharers’ right to equality. This was because it disadvantaged women more than men. It didn’t matter that the plan didn’t set out to hurt women in particular. What mattered was its effect. The job-sharers were mostly women who were job-sharing because they needed to care for their children. This maintained the disadvantage caused by the long-standing expectation that women should be responsible for childcare. The pension plan didn’t allow them to buy back credit like other people could. The women were in this situation because they had to job-share to take care of their kids. The majority said the job-sharers should be able to buy back all their pension credit.

This Case in Brief was originally published by the Office of the Registrar of the Supreme Court of Canada. It does not form part of the Court’s reasons for judgment and is not for use in legal proceedings. You can read other Cases in Brief on the Court’s website.