CANADA: Is it or isn't it? How we know when we're in a recession 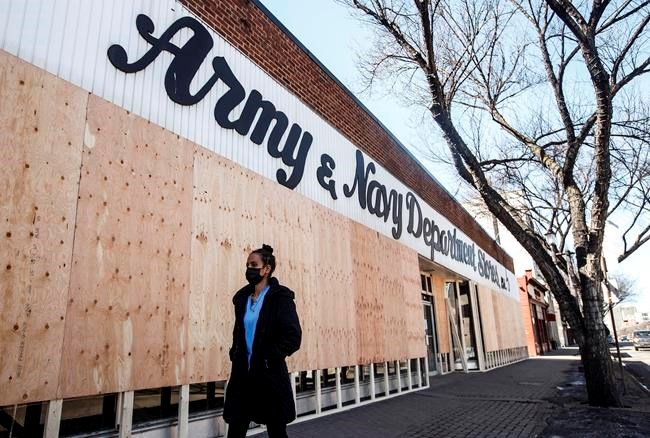 Everyone knows that Canada is in a deep economic slump caused by measures taken to control the spread of the COVID-19 pandemic — but they'll have to wait until May 1 to find out if it's officially a recession.

A special meeting of the C.D. Howe Institute's Business Cycle Council was held Thursday to ponder the recession question amid the serious economic conditions created by idled industry and mass unemployment.

The group of eight senior economists voted on the subject but will not release an official statement until economic growth numbers for February are released by Statistics Canada at the end of the month, said Jeremy Kronick, associate director of research for C.D. Howe and co-chair of the council.

"Right now at this moment, every economist, I think, every policy maker, every person knows we're in a recession, right? Getting that (officially declared) isn't going to necessarily matter," said Kronick in an interview.

"But a lot of policy is based off economic growth, the impact it has on the economy, on jobs, and so understanding exactly when we were in and not in a recession, understanding GDP growth and labour growth over time, will let you pinpoint the effectiveness of policies better."

The council, which normally meets once a year in December, is considered the official arbiter of when and if a Canadian recession is occurring or has occurred. Its role is similar to that of the National Bureau of Economic Research in the United States.

Preliminary data from Statistics Canada released Wednesday showed that Canadian gross domestic product contracted by nine per cent in March, the steepest one-month decline on record. That contributed to a 2.6 per cent decline for the first quarter. Meanwhile, employment fell by five per cent in March.

The council defines a recession as a pronounced, persistent and pervasive decline in aggregate economic activity — it doesn't necessarily have to meet the classic definition of two consecutive quarters of negative economic growth, Kronick said.

He suspects the second quarter of 2020 will also show negative growth but said even if the economic performance is better quarter-over-quarter, it doesn't mean we're not in a recession.

The recession debate is a bit of a moot point, said Scotiabank deputy chief economist Brett House, because the second quarter will be the deepest single-quarter economic contraction in the post-war period.

"Even if we see a bit of a rebound in the third quarter, our total level of economic activity will have fallen so much compared with where it was at the beginning of the year that it will indicate some real pain in the Canadian economy," he said in an interview.

It's more important to understand where the economy is headed and the absolute level of economic output, House said, rather than relying on the two-consecutive-quarters definition of a recession.

"If the level is seriously down from where we were at the beginning of the year, it is very easy to record positive or even a large growth rate in future quarters," he pointed out. That doesn't mean the same thing it would when compared with a non-crisis period.

In a report Thursday, economists with BMO Capital Markets said that although growth rates will be "stellar" as recovery begins in the third quarter of 2020, it will take until the end of 2021 for the economy to return to its pre-recession levels.

It added joblessness rates will likely remain higher than normal on both sides of the border through the end of next year.

By Craig Wong in Ottawa and Dan Healing in Calgary

This story by The Canadian Press was first published April 16, 2020.