OTTAWA — More than 12 million eggs will be redistributed via an emergency federal program designed to help farmers faced with too much food and nowhere to sell it due to the COVID-19 pandemic.
Aug 13, 2020 4:00 PM By: Canadian Press 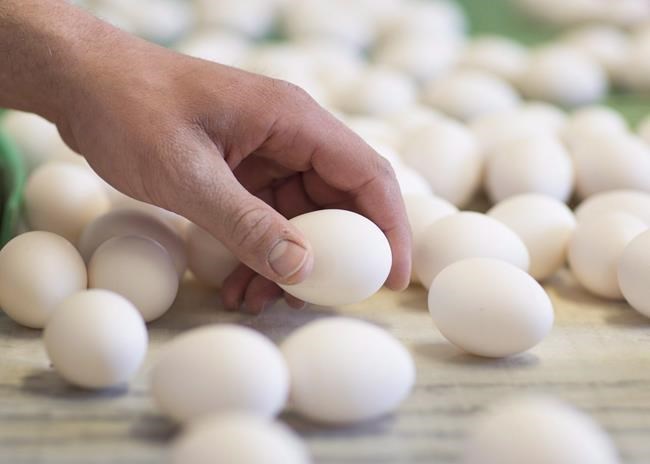 OTTAWA — More than 12 million eggs will be redistributed via an emergency federal program designed to help farmers faced with too much food and nowhere to sell it due to the COVID-19 pandemic.

Agriculture Minister Marie-Claude Bibeau announced Thursday that the government has signed eight agreements worth nearly $50 million to help align the needs of food banks and other community groups with what farmers and producers can supply.

"This is a win-win," she said in a statement.

"Not only are we helping producers who cannot sell their goods to restaurants, but we are also aiding Canadians that have had to seek help from food banks."

Altogether, approximately 12 million kilograms of everything from fish to fowl will be redistributed under the $50-million food surplus program announced by the Liberals earlier this year.

The near shutdown of the hospitality industry has meant a sharp decline in the number of places to sell perishable foods.

That has led to litres of milk being dumped down drains, potatoes going bad in storage and farmers facing higher costs to hold on to animals they had nowhere to sell if slaughtered.

At the same time, food banks have reported sharp increases in the number people seeking assistance, having lost their jobs due to the pandemic, and there were calls for the federal government to find a way to match up the two.

The program, heralded as the first of its kind in Canada, was officially launched in June and is now closed to applications.