CANADA: CAF still unsure how to raise helicopter that crashed 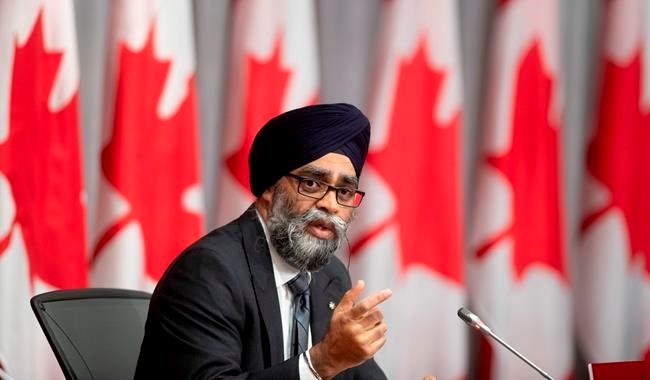 OTTAWA — Defence Minister Harjit Sajjan says the Canadian military is still determining how to raise the wreckage of a military helicopter that crashed into the Mediterranean Sea last week.

The crash killed six members of the Canadian Forces, though the remains of only one, Sub-Lt. Abbigail Cowbrough, have been recovered.

Chief of the defence staff Jonathan Vance says the crash will be investigated thoroughly but any details about what happened to the Cyclone helicopter won't be revealed until the probe is entirely complete.

The helicopter was deployed aboard HMCS Fredericton on a NATO mission and the military says it was returning to the ship after a training exercise when it crashed.

Vance first said the ship had "lost contact" with the helicopter though the Forces now acknowledge that crew aboard the Fredericton saw it go down in deep water.

The flight data recorders have been recovered and are being analyzed in Canada.

This report by The Canadian Press was first published May 7, 2020