Many are questioning the company's decision to launch the new system after a 25 year wait so close to the busy holiday travel season
0
Dec 9, 2019 4:40 PM By: Global News 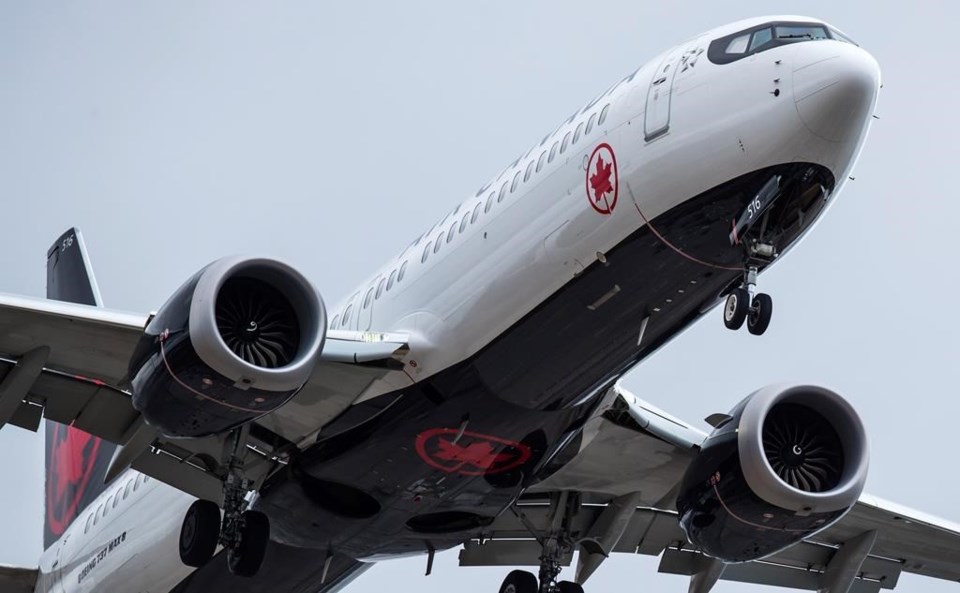 As of 10:30 a.m. MST, a recording on the airline’s customer service phone line said, “Air Canada has recently introduced a new reservation system and call volumes are significantly higher than normal. Due to current volumes, I apologize that we are unable to place you on hold at this time.”

The message repeats in English and in French, with no option to speak to an agent.

“In order to allow us to manage calls efficiently and assist customers already in transit, we ask you to please only contact us by telephone within 24 hours of travel if you are calling about an existing booking. If your travel is more than 24 hours away, we ask that you please contact us closer to your travel date,” the message continued.

It says the recording is from the director of Air Canada’s contact centres.

“I sincerely apologize for the delay in reaching us today, and I thank you for your understanding.”

Southern Alberta resident Sam Schofield has been trying to reach someone at Air Canada since Dec. 3, when he says the new reservation system crashed in the middle of his online booking.

He was sent a confirmation number, but his credit card was never charged — and when he checked his online profile, he says the flight was removed.

Schofield ended up booking another flight, but says the technological hiccup cost him about $600 more for his holiday flight from Calgary to Phoenix.

“We ended up having to pay a lot more money than we were expecting to get on to that plane.”

He’s requested a refund, and wants to ensure everything will go smoothly when he arrives at the airport.

“I have called Air Canada, I’ve spent hours on hold with them trying to talk to someone. I have emailed them and messaged them on Twitter and on Facebook and as of today, I haven’t had any response.”

He estimates he’s called the airlines more than 15 times, and been on hold for about an hour each time “before either giving up or having something else to do.”

Schofield is travelling with someone in the later stages of life, helping them spend what could be a final Christmas with their family — meaning they need extra assistance flying.

Their plane is leaving from Calgary in six days, but the first flight is through WestJet.

“That experience has been seamless,” he said.

“Air Canada has been exactly the opposite. Like I said, I’ve heard from no one, I’ve had no contact from them and it’s been extremely frustrating.”

The Pincher Creek, Alta. resident said he’s not sure what else he can realistically do.

“I have exhausted all of my options of getting ahold of somebody at Air Canada. My other option would be to drive to Calgary and stand at the check-in desk or information desk and try to talk to someone there. But I also imagine I’m not the only one in this boat and they are dealing with huge volumes of people right now.”

Schofield also questions why the airline would implement a new system after 25 years at the end of November.

“The timing around Black Friday, Cyber Monday and the Christmas holidays was probably an error in judgement. That’s the nicest way I can put it.”

He said the challenges he’s experienced will impact his future flying decisions.

Global News reached out to Air Canada media relations, but as of publishing had not received a response.

BEYOND LOCAL: Exercise comparable to caffeine in boosting working memory, study says
Jan 18, 2020 9:25 AM
Comments
We welcome your feedback and encourage you to share your thoughts on this story. We ask that you be respectful of others and their points of view, refrain from personal attacks and stay on topic. To learn about our commenting policies and how we moderate, please read our Community Guidelines.