Former skeptic says we need to do a better job informing people about cases where people with a vaccine-preventable disease dies
Apr 4, 2019 8:55 PM By: Global News 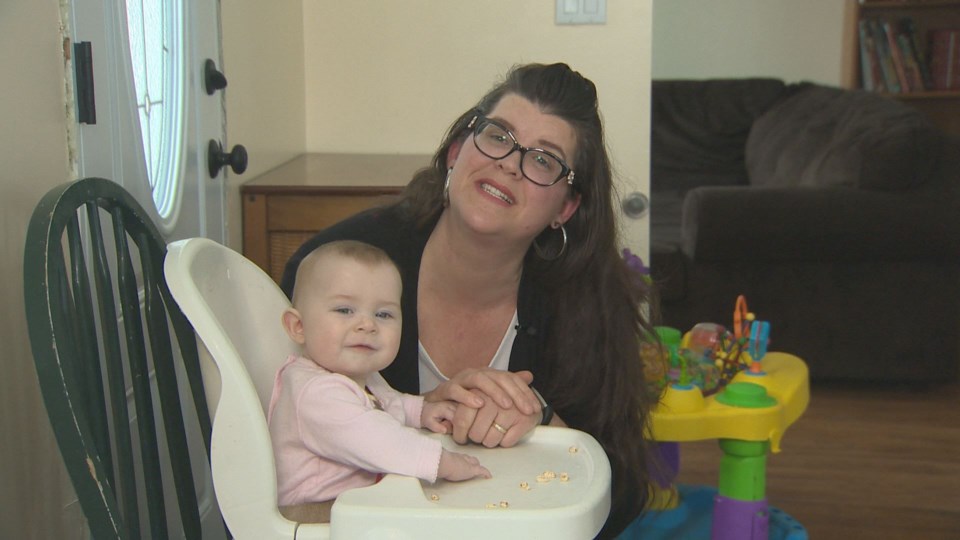 This is the fourth story in ‘Unvaccinated: Canada’s Public Health at Risk,’ a Global News series on the challenge Canada faces from dropping vaccination rates:

A former vaccination skeptic is urging Canadian health officials to rethink their messaging around vaccine safety.

“I don’t think it’s really connecting to the heart of the issue, as to why people are hesitating,” said Tara Hills.

The Arnprior, Ont., mother told Global News that for several years, she chose not to vaccinate her children for diseases such as measles and whooping cough.

“Doubts began to arise in my mind, as different friends of mine were choosing not to vaccinate. And on social media, I started to hear disturbing stories of maybe this isn’t as effective, maybe this is actually very damaging, maybe there’s a big cover-up,” she recalled.

“Over the years, my doubts began to sow. And I didn’t really see vaccine-preventable diseases around us anymore. So the threat didn’t seem very imminent.”

But that threat became all too real in 2015, when her seven children contracted whooping cough. “It was really serious and scary,” she said. “All the kids came through OK, thank God, without any serious lasting effects. But it was very illustrative to me.”

Hills’ story is indicative of the challenge facing public health officials working to persuade parents to vaccinate their children, according to Dr. Anatoliy Gruzd, a Canada Research Chair in Social Media Data Stewardship and the director of research at Ryerson University’s Social Media Lab.

Gruzd said many parents, like Hills, now turn to the internet, rather than their family doctor, for information on vaccination safety. “And if you just look at the availability of content on different social media platforms, quite often we see there is a dominance of anti-vaccination content,” he explained.

“And it makes it seem like that’s the norm, without being exposed to evidence-based information.”

With the United States grappling with its worst measles outbreak in two decades, social media companies are facing growing pressure to crack down on misinformation surrounding vaccinations. Facebook announced last month that it will diminish the reach of anti-vaccine information on its website.

“The problem really was unchecked by [social media] platforms and unregulated for quite awhile. And only now are we realizing that this misinformation is being spread online,” Gruzd said.

To protect against an outbreak such as measles, 95 per cent of the population must have received two doses of a measles vaccine, in order to achieve what’s known as “herd immunity.” Canada’s national immunization rate, which varies depending on the disease, is estimated to be less than 90 per cent.

An Ipsos poll conducted exclusively for Global News found that two-thirds (64 per cent) of Canadians worry about some of the side effects of vaccinations, even though public health officials stress that serious side effects are extremely rare. The poll also found that about three in 10 (28 per cent) Canadians receive their information about vaccination safety from Google/online searches, rather than seeking advice from a medical professional.

“[The internet] can be a difficult place where moms can get misinformed,” said Hills, adding that the often toxic tone of the vaccination discussion online doesn’t help.

“The young mom who’s hesitating, she’s not sure. She’s got questions about vaccines. She needs to feel comfortable to talk to somebody, including on the Internet, Facebook, chat spaces and so on. I’ve always tried to encourage the ‘pro-vaxx’ (pro-vaccination) crowd to stay calm and talk respectfully with those other moms, rather than overreacting and panicking or attacking them in a shame-based way. That’s not going to help them make a decision. In fact, that might push them further in a corner because they might find compassion and understanding in an anti-vaccination group.”

“We need to be compassionate, understanding and validating. It’s totally okay for a parent to ask questions about a medical procedure.”

Dr. Shelley Deeks is the chief of communicable diseases, emergency preparedness and response at Public Health Ontario. She conceded that public health officials need to do a better job of sharing real-life human stories about the risks of not vaccinating their children.

“From the medical side, we often tell the facts and we give numbers, and the numbers don’t compare to these stories, and I think we need to do a better job of talking about situations where people with a vaccine-preventable disease dies,” Deeks said.

“And it’s horrible in this day because we can prevent it. I think if we change the dialogue a bit, we may keep the discussion moving forward.”