BEYOND LOCAL: Why men should be responsible for stopping their own 'mansplaining'

Rather than women figuring out ways to handle it, men should stop doing it and organizations should step in, prof says
Jul 31, 2019 8:55 PM By: The Conversation 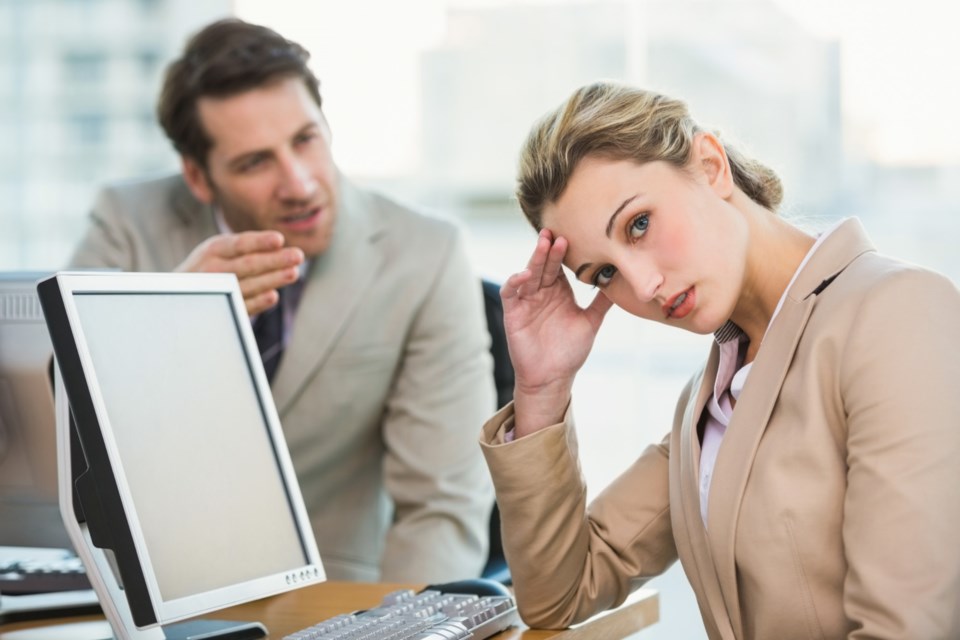 In 2008, author Rebecca Solnit’s now famous essay, Men Explain Things to Me, set off a firestorm.

Though Solnit didn’t use the term “mansplaining,” the essay is credited with birthing the term that’s now part of regular parlance. Women (and other underrepresented groups such as people of colour and non-binary people) had finally found a way to articulate that phenomenon they routinely experienced, particularly at work.

Men feel the need to explain something to a woman, even if the woman hasn’t asked for an explanation and often pertaining to something that’s directly in the woman’s area of expertise and not at all in the man’s. Or when the topic is about a woman’s own experience and the man wants to explain her experience to her.

Even women who are famous for their mastery of a domain find themselves being mansplained.

Sallie Krawcheck, a former CEO of wealth management at Citibank and before that the CEO of Smith Barney investment advisers, says that venture capitalists interested in her new financial investment venture Ellevest mansplained financial advising to her.

We all have our own stories. Most women I know just roll their eyes knowingly when asked about mansplaining. Most of us experience it so often that we aren’t always even conscious it is happening.

Note, as Solnit does, that “mansplaining is not a universal flaw of the male gender, just the intersection between overconfidence and cluelessness where some portion of that gender gets stuck.”

But the mansplaining term has stuck. And research demonstrates that the feeling of being mansplained is, in fact, not just a feeling.

Studies show that in meetings, men speak more, and more powerful men speak even more. Men interrupt more, and are less likely than women to cede the floor when they are interrupted. Women worry (correctly) that if they fight to get their voices heard, they will experience backlash.

The recommendations are good — ignore the mansplainer, stand your ground, ask the mansplainer questions about their expertise and what they hope to accomplish by “explaining” the topic, explain mansplaining to the mansplainers, use other women as allies to stand up for you, and use as much humour as you can.

As with #MeToo and other efforts to point out the inequalities that women experience, many men feel attacked, even when women try to respond with humour, as feminist blogger Elle Armageddon did with her 2015 flow chart “Should You Explain Thing to a Lady?”

“Not all men” is the regular refrain. But, honestly, such protestations smack of an unwillingness to listen to the legitimate experiences of women in the workplace. And it’s unfair that while mansplaining is done by men to women, the solutions all seem to be about how women can address it — rather than how and why men should stop doing it.

It’s a further demand placed on women to solve the problems imposed on them by others. I’d like to take another tack.

So what can potential mansplainers do? Armageddon’s advice is pretty good: If you aren’t an expert on a topic, maybe you don’t need to talk.

For those of you who fear you might be mansplainers, keep in mind — even if you are an expert, but the woman is an expert too and hasn’t asked for your advice — maybe you still just stay silent. What’s the harm in listening? You might learn something. Even if you speak a lot less than you do now, the research I cited above suggests that you still might be speaking more than the women in the room.

The point is, you can dial it back a lot and still speak your fair share about issues on which you are an expert and have something unique to contribute.

But mansplainers almost by definition can’t help themselves. The advice on self-restraint is bound to be ignored. So maybe we need to think about more structural solutions. In other words, what can organizations do to even the playing field?

As a professor of strategic management, I’ve thought about this a lot in my own teaching to MBA students. MBA programs have historically been pretty high-testosterone settings. I have an explicit practice to call on those students who are quiet, find out who the true experts are and shut down interrupters.

I also evaluate students on their contributions to the classroom learning experience, and those evaluations reward listening and building on the ideas of others (not just rehearsing their own lines in their minds while they are waiting to talk).

Organizations could replicate these practices. They could develop guidelines for meetings that require each person to share their point of view or instructions to the meeting leader to shut down mansplaining and support women who are speaking.

It is not enough, by the way, to simply extend the amount of time for questions or discussion with the hopes that women will speak up more or men will run out of things to say. Research experiments show that doesn’t work.

Further, performance evaluations could be adapted to sanction mansplaining and to reward listening and building on the ideas of other team members.

In short, we need to stop giving women advice on how to fix the inequalities and discrimination they face and instead look to the perpetrators to change their behaviour and to organizations to change workplace dynamics.

“Fixing the women” is a costly solution for women, and could result in companies losing valuable female employees. It will ultimately be ineffective without organizational change. Women shouldn’t be asked to “handle” mansplaining. Organizations should handle it for them.