BEYOND LOCAL: What does it really mean to add variety to your diet?

Studies have shown that a diverse and varied diet is important to maintaining health
0
Oct 20, 2019 8:55 PM By: The Conversation 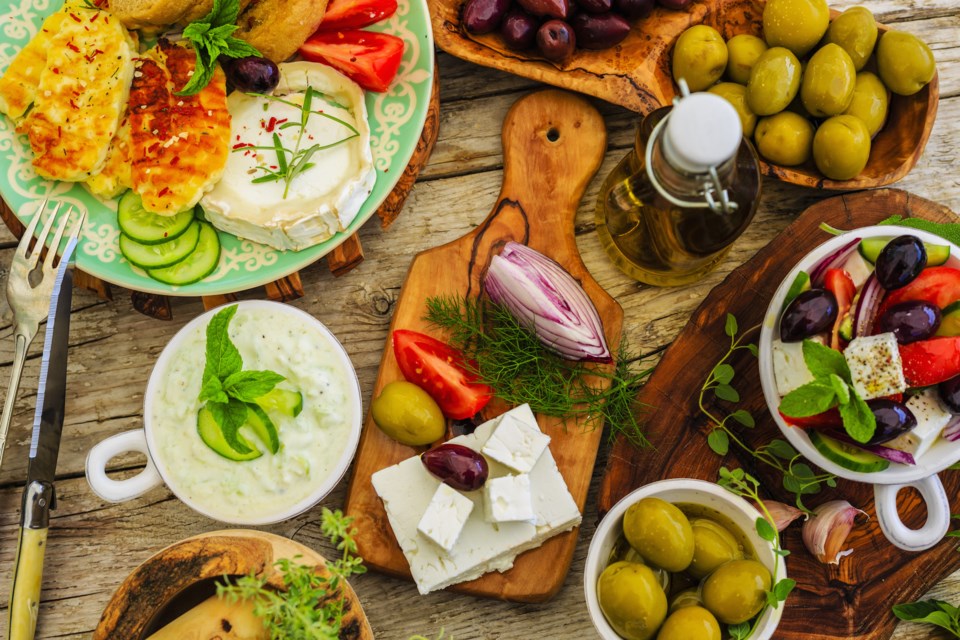 Since the late 1970s, a diversified diet has been considered an essential component of healthy eating. Ensuring a good balance of nutrients is crucial for people to stay healthy. Dietary diversity is also a key indicator of diet quality as well as nutritional adequacy.

But what does a varied diet consist of, and what is its relationship to risk of diseases?

Nutritional epidemiology — a field of medical research that studies the relationship between nutrition and health in populations — is moving from nutrient-based to diet-based approaches to understand relationships between food, nutrients and health. This is because recent evidence shows that overall patterns of usual and long-term dietary intakes are better at predicting disease risk.

Currently, there is no standardized methodology for assessing the variety or diversity of a diet and so it is very difficult to compare studies of the health impacts of dietary diversity. Despite this issue, there is a shared understanding across most studies that a diverse diet is one that consists of five to six core food groups, and improves survival and reduces disease when compared to diets comprising only three core food groups.

Our preliminary review of the published literature has revealed a growing body of evidence that supports the notion that greater dietary diversity (at least five to six food groups) is associated with reduced risk of depression, type 2 diabetes, asthma, food allergies, metabolic syndrome, osteoporosis and even mortality.

Dietary diversity, particularly vegetable and fruit diversity, has been also associated with reduced risk of several cancers including oral and pharyngeal, laryngeal, lung and bladder cancers. In addition, key risk factors for chronic conditions related to metabolism and circulation also appear to be better in healthy and unhealthy people who have more diverse diets. The most consistent improvements are seen with decreased hypertension and serum triglyceride level.

This seeming inconsistency in the literature might highlight the importance of variety within specific food groups. For instance, a study on 452,269 participants from 10 European countries showed that people eating the widest variety of fruits and vegetables had decreased average body mass index, despite increasing energy intake. Greater variety within specific food groups may also explain conflicting results for colorectal cancer.

It is noteworthy that the most consistent decrease in disease risk was observed when people increase the diversity of the vegetables they consume. But variety within other food groups, such as grains, was either not associated with health outcomes or was adversely associated with health outcomes, as was the case with greater variety of meat intakes.

Canada has a new food guide that serves as a practical tool for public nutrition education and part of a national policy for dietary improvement. The Canada Food guide has spurred conversations on what it means to eat healthily in Canada, with politicians also wading in.

We want to raise two specific issues about the new Food Guide that deserve more research and policy attention. First, the new Canadian Food Guide is now limited to only three main food groups, and this is a reduction from the four food groups in the previous Food Guide and from the five or six groups in Canada’s dietary guidelines from the 1940s. The message this gives to Canadians is that a healthy diet only needs three different food groups, despite the fact that the science tells us otherwise.

The evidence we reviewed showed that health outcomes and survival are improved when a person’s regular diet includes at least five to six major food groups (e.g. fruits, vegetables, dairy, grains and proteins).

Second, there is even less dietary guidance on the meaning of variety for Canadians. Previously, Canadians were given at least two specific recommendations to ensure adequate intake of vitamin A and folate by consuming one dark green vegetable, and one orange vegetable or orange fruit.

The Australian Guide to Heathy Eating provides some definition of what it means to have a diversified diet: consumers are told to eat different types and colours of vegetables, as well as legumes/beans. The American dietary guidelines specifically recommend that consumers choose “a variety of vegetables from all of the subgroups: dark green, red and orange, legumes (beans and peas), starchy and other.” Both these dietary guidelines give their citizens and even researchers clearer direction on what it means to have a varied diet as part of healthy eating.

There is a need for more policy and research attention to dietary diversity. This should include more specific advice that reflects the evidence on different health effects of choosing a variety of foods within each of the vegetable, protein, dairy, fruit and grain foods groups. Clearly defining the meaning and measurement, especially for use in national dietary guidelines, is crucial to the dialogue surrounding healthy eating in Canada.

CANADA: New ventilators promised in days as industrial response to COVID-19 kicks in
Mar 31, 2020 4:20 PM
Comments
We welcome your feedback and encourage you to share your thoughts on this story. We ask that you be respectful of others and their points of view, refrain from personal attacks and stay on topic. To learn about our commenting policies and how we moderate, please read our Community Guidelines.