BEYOND LOCAL: This citizen-science initiative will help identify ticks this season

If you are bitten by a tick that is infected with Lyme disease, a single dose of antibiotics can prevent an infection from developing, if administered within 72 hours of tick removal
Apr 27, 2019 9:25 AM By: The Conversation 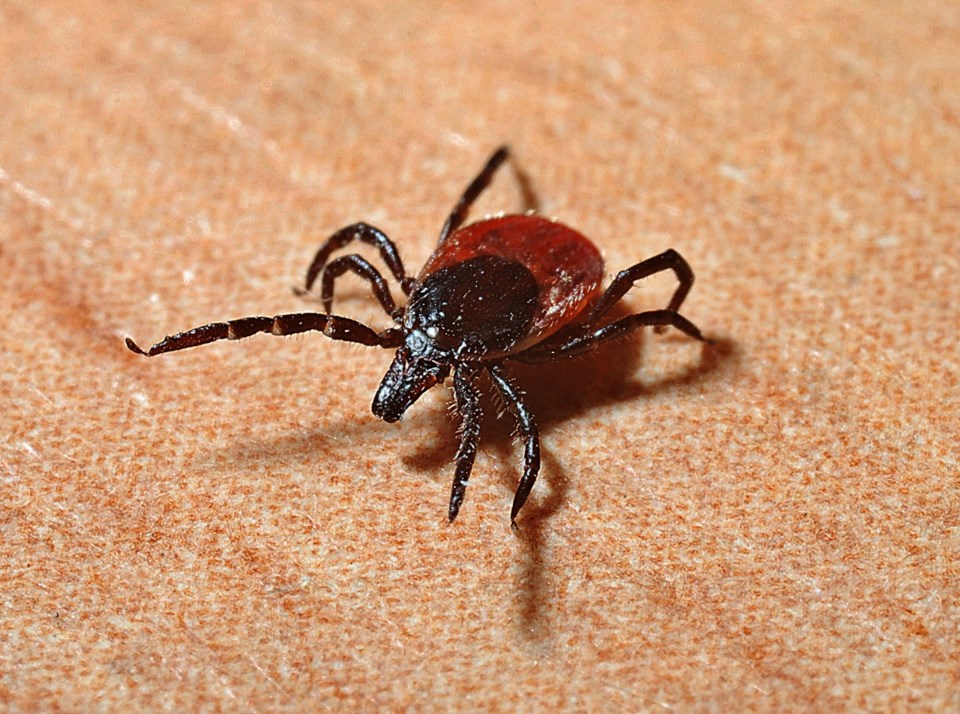 This article, written by Jade Savage, Bishop's University, originally appeared on The Conversation and is republished here with permission:

You may have noted that with the first signs of spring come an abundance of media messages reminding you that this is also the beginning of tick season.

Ticks are not new to our landscape, but rapid climatic and environmental changes are leading to a northward expansion and explosive population growth of certain species such as Ixodes scapularis — commonly known as the deer tick or black-legged tick that transmits Lyme disease — in eastern North America.

So it’s not just an impression; there are more ticks around now and some of them can transmit nasty pathogens. Can you blame anyone for being a little anxious?

Even though I spent most of my childhood chasing bugs in southern Québec, I was in my 30s when I encountered my first local tick. I’m nostalgic for times when ticks were not part of a parent’s worry list, but I am thrilled to live in an era where technology has allowed my team to create eTick.ca — an online image-based identification platform enabling us to rapidly inform anyone of the risks associated with a tick they find.

A number of services are offered across the country to help citizens obtain the information they need about ticks and tick-borne disease.

These services, which can include identification procedures by local government-mandated agencies, vary from province to province. When available, they usually involve the examination of specimens, a procedure that may take a long time, postal and bureaucratic delays obliging.

With the steady increase of specimens submitted each year through the regular channels, these procedures are no longer sufficient. New problems require new solutions.

In 2015, we created a pilot version of the citizen-science project eTick.ca in the province of Québec to address this bottleneck issue and demonstrate that tick species could be identified from images with great accuracy. The experience was a great success and in 2019 we revamped the user interface and expanded our geographical scope to include Ontario and New Brunswick. Additional provinces will hopefully be added over the next year.

Our workflow is simple and inspired mostly by ebutterfly, another citizen-science initiative developed in Canada.

When you find a tick, you upload a picture of it on eTick.ca along with information about where and when it was found.

A provincial expert is then automatically notified and as soon as your image is identified two things happen simultaneously: you receive a personalized information message and a dot appears in real-time on our public interactive distribution map. Submission takes less than three minutes and the identification procedure is usually carried out within 24 hours following submission.

While species-level identification is great data from a scientific point of view, it does not mean much to most people. We have since developed messages that inform citizens not only of the species they found, but also of the medical and veterinary relevance of that species and of the provincial guidelines regarding the protocol to follow after a tick bite.

Those messages and some of the new content found on the platform were developed in collaborations with partners from the universities of Ottawa, Guelph and New Brunswick as well as both federal and provincial (Québec, Ontario and New Brunswick) public health agencies. The project is financially supported by the Public Health Agency of Canada.

Why does rapid identification matter?

There are more than 40 tick species in Canada and only a handful of those are of medical importance. Knowing that the tick you found on your daughter this morning is of no medical relevance will certainly be a great relief.

On the other hand, if you were bitten by a tick that is known to transmit the bacterium Borrelia burgdorferi, which causes Lyme disease, in an area deemed at risk, you may be eligible for a single dose of preventative antibiotics that would prevent an infection from developing in the event that the tick was infected.

This approach, called post-exposition prophylaxis, is time sensitive: the antibiotics must be administered within 72 hours of tick removal to be effective.

By providing the location where the tick was found, the public is directly engaged in the process of tick surveillance and monitoring. Having the records appear on a map in real-time allows us, scientists, to examine the timing of tick activity and the presence and abundance of different species as they occur instead of waiting for end-of-year reports.

For hunters, campers, gardeners and other individuals who enjoy outdoor activities, the map provides information about the presence of ticks where they live or in an area they plan to visit, and a reminder that prevention is always the best solution.

With better surveillance and rapid intervention, the health risks posed by the growing tick populations in Canada may be better managed.

This is an important step in adapting to the growing number of threats posed by climate change. And, after all, the outdoors is meant to be enjoyed.