BEYOND LOCAL: There's a car in a snowbank at the Timmins Walmart and we can't handle it

How did it get there? Why is it there? How long has it been sitting there? Who even cares? These questions remain unanswered
0
Mar 5, 2019 9:29 AM By: TimminsToday Staff 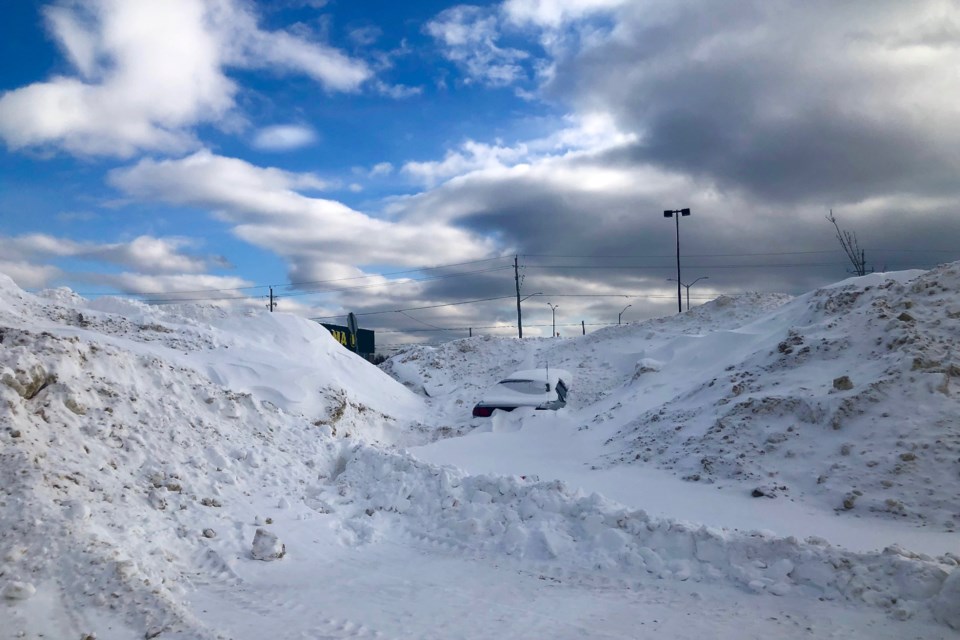 This Pontiac in the snowbank at Walmart in Timmins is attracting attention on social media. Maija Hoggett/TimminsToday

There are massive snowbanks in Timmins this winter, but one has an unusual sight.

In the parking lot at the local Walmart, mostly buried in snow, is a silver Pontiac car.

It has drawn attention on social media lately, along with speculation as to why it's there.

Some social media sleuths say it may have been there for months. Some say it may be for sale, while others say it's not the only vehicle to have been swallowed up by a snowbank.

Others wonder what all the fuss is about.

TimminsToday contacted the local Walmart store to see if they knew anything about it. The assistant manager referred us to Walmart corporate affairs. We left a message.