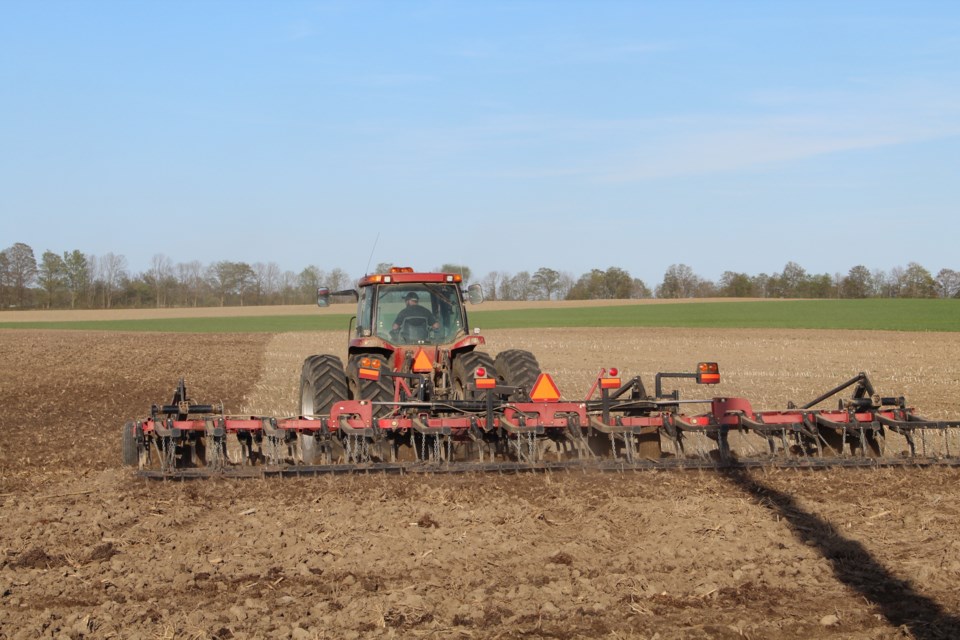 A farmer in the Apto area, north of Barrie, prepares his field for a new crop. Raymond Bowe/BarrieToday file photo

GUELPH - University of Guelph researchers are piloting a course this fall specifically designed to address mental health issues faced by farmers in Canada.

As farmers face some of the highest suicide rates in the country, mental health literacy course ‘In The Know’ aims to tackle related issues head-on by covering topics such as depression, suicide, anxiety and substance abuse.

Research for the course began in 2015 by PhD candidate Briana Hagen and professor Andria Jones-Bitton from the department of population medicine in U of G.

Through 1,1000 surveys and ongoing research, they found that farmers are experiencing chronic stress at a higher prevalence than other occupations in the country.

To explore why, they conducted 75 one-on-one interviews with farmers to discuss the stress and mental health experiences they face on farms.

Hagen said some of the broad factors affecting farmers that were evident were out of the farmers’ control such as changes in climate and governmental regulations that include recent trade agreements between Canada and the US.

Hagen also adds that farmers face a lot of public scrutiny in their profession because of the misinformation about what farming is and how it's done.

“This public scrutiny that comes along with being a farmer would obviously add to somebody’s stress,” said Hagen.

As suicide rates among farmers are deemed as high, they are very tricky to calculate.

“Farming accidents that may be suicides are also listed as accidents. We’re actually currently working with a group to look through some vital statistics through Statistics Canada to get the actual numbers because we just don't have that data yet in Canada,” said Hagen.

Hagen said the researchers assume the suicide rate is higher in Canada than in the United Kingdom or Australia because of high rates of anxiety and depression. However, that is just an assumption as of now.

“It takes a lot of work to get the appropriate data because you don't want to do it wrong,” said Hagen.

Currently, In The Know is a one time 4-hour in-person course, but Hagen said given that it is as effective as they anticipate it will be, they will roll out the course on a national scope in the fall by developing an online version of the course so that people can take it in a pace that they feel comfortable with.

“The aim of the course is to give people a tool kit to recognize in others and themselves when they might be struggling a little bit with mental health and knowing when to have and recognize appropriate conversation about that and knowing the resources that can help a person get to or access what's out there,” said Hagen.

However, this isn't a regular mental health course. Its a course with an agricultural lens that studied and understands the specific concerns farmers face.

“It was really, really really important to the farmers that we spoke to both through the surveys and these one-on-one interviews that it was delivered through an agricultural lens,” said Hagen.

Hagen said farmers specifically said they would benefit from a course designed for them.

“There wasn’t any general population courses that farmers felt like they could learn from and benefit from as much as they would from something that was created specifically for farmers.”

Ultimately, In the Know creators hope to package this program and the training modules and partner up with a national agricultural organization so they can provide farmers all over Canada with the curriculum for the course and the appropriate materials needed for the trainers of this course.

About the Author: Anam Khan

Anam Khan is a journalist who covers numerous beats in Guelph and Wellington County that include politics, crime, features, environment and social justice
Read more