BEYOND LOCAL: Not enough research in use of medical cannabis in children, pediatricians say

There are only a handful of conditions in which evidence supports the use of medical cannabis in children
Jun 4, 2020 9:25 AM By: The Conversation 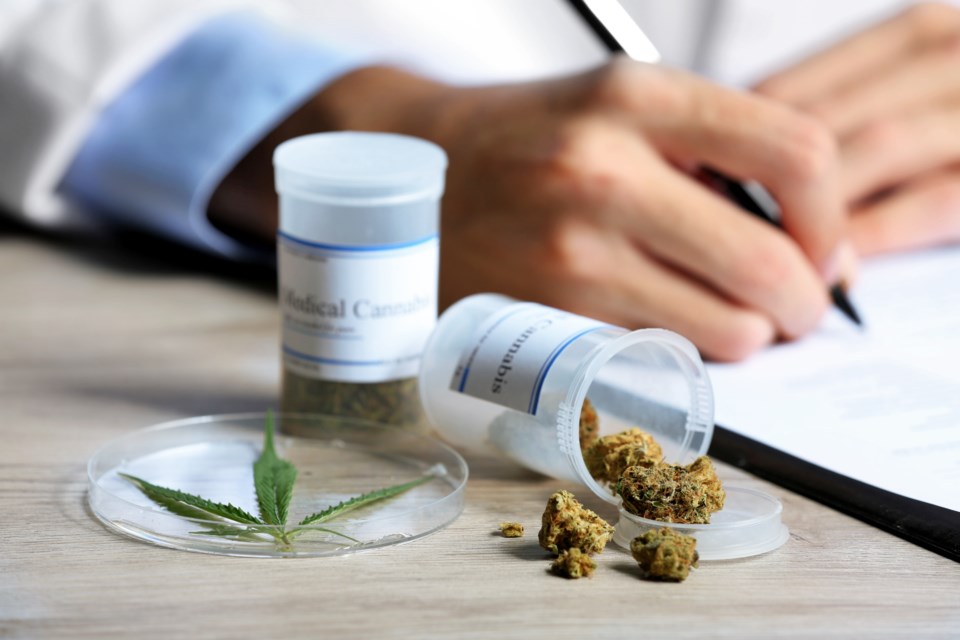 This article, written by Michelle Ward, L’Université d’Ottawa/University of Ottawa, originally appeared on The Conversation and has been republished here with permission:

Most Canadian pediatricians are shying away from medical cannabis for patients, knowing that it can hurt the developing brain and that there isn’t much research to guide them.

But physicians say they are getting increasing requests for cannabis from parents, for a growing list of conditions.

Dr. Adam Rapoport, medical director of the pediatric palliative care team at the Hospital for Sick Children in Toronto, says, “This is mostly driven by parents, and doctors have fallen behind.”

Kelly is a pharmacologist and scientific director of the Canadian Childhood Cannabinoid Clinical Trials, a national research consortium. Her group is working quickly to develop answers to questions about cannabis for children. “The use of it has far outpaced the evidence, and that’s the biggest challenge.”

Research still lacking for many conditions

Since then, pediatricians like Dr. Daniel Flanders, director of Kindercare Pediatrics in Toronto, say that requests have grown only more frequent and the reasons for the requests more diverse.

Flanders is asked about medical cannabis at least two to three times a week for issues such as chronic pain, mental health issues, arthritis, ADHD and sleep problems.

But there are only a very few conditions for which the science is solid when it comes to using cannabis in children.

Pointing to a handful of well-executed randomized controlled trials and a recent systematic review of the literature on medical cannabis for complex pediatric seizure disorders, Dr. Evan Lewis, a pediatric neurologist in Toronto, says there is very good evidence supporting its use in certain seizure conditions, such as Lennox-Gastaut syndrome, Dravet syndrome and tuberous sclerosis.

“Outside of that, it is kind of extrapolating from the evidence and using less robust evidence in the literature,” he says.

That’s not stopping some parents and physicians from pushing the boundaries.

It’s a path worth taking in some cases, Lewis says.

Lewis is now using cannabis for other types of seizures, and also authorizes cannabis in select cases for a range of conditions such as migraines, concussions, sleep problems, autism, tics, movement disorders and behavioural problems in children with neurological conditions. It’s also being used in Canada for symptom relief in palliative care, chronic pain disorders, spasticity, incurable malignancies and ADHD.

But Lewis says that the research is not as high-quality as he would like, and for many conditions, does not exist at all.

Another difficulty is that standard dosing has not been established and experimental cannabis protocols often use purified cannabidiol (CBD), a compound in marijuana with no psychoactive effects.

This type of CBD-only preparation is not available for patients in Canada, so physicians have to choose products that contain both CBD and the compound delta-9-tetrahydrocannabinol (THC), which is psychoactive and gives users a high.

Dr. Richard Huntsman, pediatric neurologist at the University of Saskatchewan, is part of a team trying to solve the problem of dosing regimens for children with complex seizure disorders. In addition to establishing a target dose using oils, his study also measured CBD and THC levels in the blood and showed that these levels remained low. The study used an oil that contained 20 parts CBD to one part THC.

“People are very worried about their kids getting high,” he said, but based on these results, he adds, this is “not so much of a worry,” at least in this population.

And contrary to common belief, he found that the medication appeared to help with cognitive function, instead of impairing it. He is cautious though, and warns that the study was done in a small number of children.

With the cannabis landscape changing quickly in Canada, doctors are looking for advice. The Canadian Paediatric Society plans to publish guidance documents this summer, according to its cannabis working group co-chair, Dr. Christina Grant, an adolescent health specialist at McMaster Children’s Hospital.

In the meantime, she says that every day, she advises teens in her Hamilton office that cannabis is not a good treatment option for anxiety and depression.

“The effect is the opposite,” she says, noting that one-sixth of youth who experiment with cannabis, even for self-medication, develop cannabis use disorder.

While physicians await the recommendations, Kelly says that her research consortium has launched five new clinical trials of medical cannabis in kids, and other Canadian research groups are quickly trying to play catch-up as well.

“I certainly don’t think it can be the cure-all. It’s not magic. But there are some areas that are showing promise … we should be investing in research,” says Kelly.