This comes as a major shift from the decades-old practice calling for a daily, low dose of ASA
Mar 25, 2020 8:55 PM By: Canadian Press 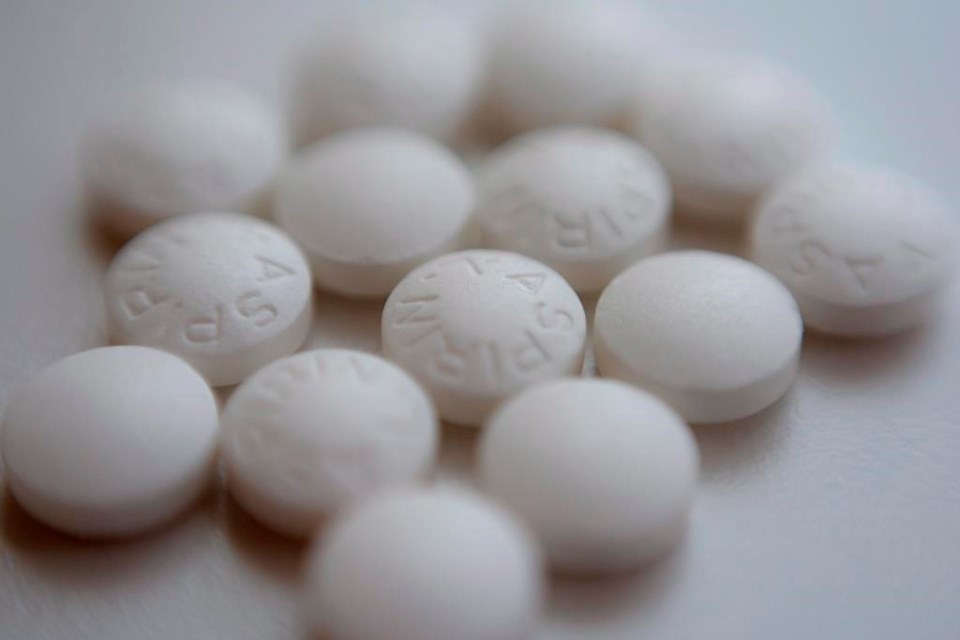 OTTAWA — A new guideline from Heart and Stroke Foundation says a daily dose of Aspirin could do more harm than good for those at low risk of stroke or heart disease.

The recommendations published Monday in the Canadian Medical Association Journal say acetylsalicylic acid (ASA) should not be taken as a preventive measure for those who do not have a history of stroke, heart or vascular disease.

That's a major shift from the decades-old practice calling for a daily, low dose of ASA, which in addition to Aspirin is also known by the brand names Entrophen and Novasen.

Wein says the new recommendations only apply to those who have not had a stroke, heart condition or peripheral artery disease.

He says it is still "strongly recommended" that anyone with a history of stroke, or heart or vascular disease continue to take low-dose, daily ASA to prevent another event, if their doctor has prescribed the treatment.

The new guideline has the potential to change the daily routine of millions of Canadians.

Based on the results of a new poll commissioned by Heart and Stroke, 5.3 million Canadian adults take ASA to prevent heart disease or stroke, and 2.4 million of those do so without being directed to by their doctor.

Dr. Patrice Lindsay, director of Heart and Stroke's systems change and stroke program, said this is an important personal health decision and patients should be informed.

"We are urging Canadians to talk to their doctor or health care professional to weigh the risks and benefits before deciding to start, continue or stop taking ASA daily to prevent stroke, heart disease or vascular disease," Lindsay said in a statement.

The American Heart Association has also revised its ASA recommendations based on this new evidence.

The report by The Canadian Press was first published March 23, 2020

CANADA: Liberals look to fall for movement on having free tampons, pads in federal workplaces
Jul 28, 2021 11:50 AM