BEYOND LOCAL: Meet Kayla. She gets paid to smoke lots of weed so you don't have to

'There's a ridiculous amount of different brands and strains out there, it can be overwhelming' says Kayla Gerber
Apr 4, 2019 2:00 PM By: Tony Saxon 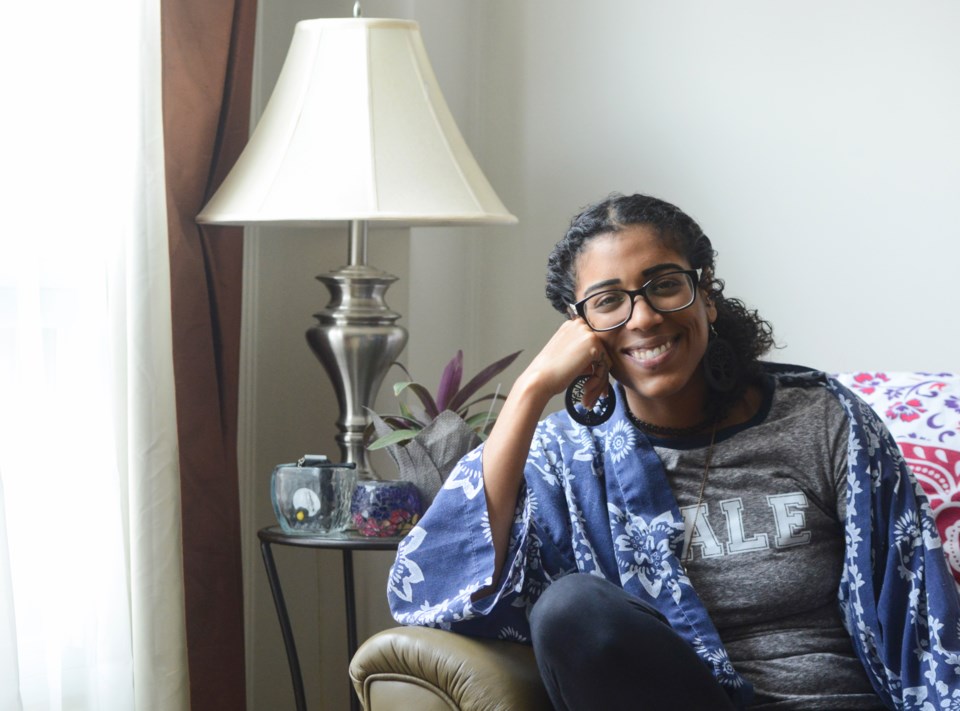 Kayla Gerber, a longtime Guelph cannabis advocate and educator, has been hired by a cannabis company to smoke and evaluate different brands of pot. Tony Saxon/GuelphToday

Kayla Gerber said she felt like a winner on American Idol when they told her she had the job.

That job was to be paid to do something she cares deeply and passionate about: smoke pot.

"It was a job that seemed just too good to be true," said Gerber, 27, one of eight people selected from 25,000 applicants to be on a cannabis curation committee for cannabis distribution company AHLOT.

Committee members will be paid $50 an hour, up to $1,000 monthly, to sample different types of cannabis and provide feedback on it to the company and consumers.

They fill out questionnaires after each sample and use their own social media to help disseminate the information.

"This isn't about going and smoking 100 joints. Our job isn't just about sitting around and smoking weed," says Gerber. "It's about helping give that advice, helping educate people and recommending products."

Gerber, 27, a longtime cannabis advocate who has researched, written about and promoted cannabis on several platforms in the past. She also spent two years managing cannabis compassion clinics.

"There's a ridiculous amount of different brands and strains out there, it can be overwhelming," she said. "Our job is to inform the consumer. Essentially, strain evaluation."

"There's a whole lot of people that think they know a lot," Gerber said, "but there's an extensive amount of misinformation out there."

The days of buying pot from a "sketchy dealer down the street" are long gone, Gerber said.

"It's crazy how far we've come, and it's not just the consumer. We're all learning right now."

Gerber was born and raised in Guelph and attended a special performing arts high school in Toronto. She then studied psychology at the University of Guelph.

When she was 10 she was diagnosed with fibromyalgia and dealt with chronic pain until discovering the benefits of marijuana.

"My whole life changed. I was an unfunctional human, unfit to live a regular life," she said of where she was before cannabis changed things.

Among the hats she wears is that of a professional dancer, choreographer and actor.

The cannabis committee she is part of was formed with representation in mind, with the eight people covering pretty much every element of the social spectrum.

For Gerber it was a seven month process getting the AHLOT position. It involved interviews, a video and lots of waiting.

"When they told me it was like being on American Idol in the first season. I got my golden ticket."

Martin Strazovec, EVP, Chief Creative Officer of AHLOT, said the cannabis options can be overwhelming and daunting as consumers to determine the best brands and strains for themselves.

“That's why we created Canada's first multi-Licensed producer sample pack and formed the Cannabis Curation Committee," he said in an email.

"The main role of Kayla and the seven other cannabis connoisseurs who form the committee is to evaluate various strains from cultivators across the country, helping determine future sample pack inclusions and themes."