BEYOND LOCAL: First aid tips every pet owner should know 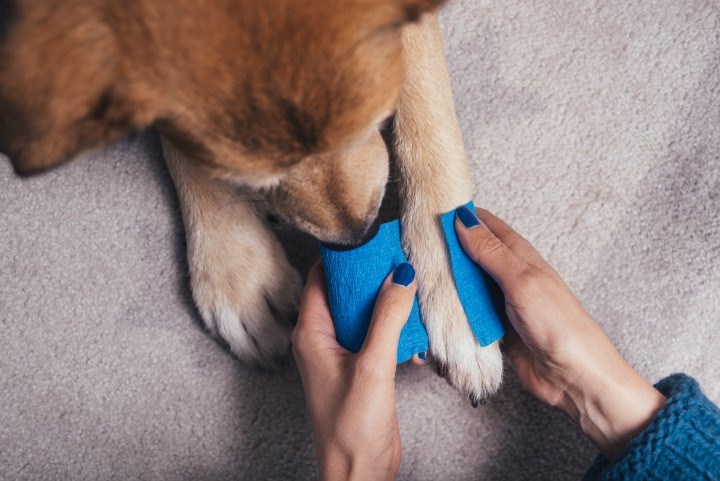 A pet is an important member of your family, so it’s vital that you are prepared to help if they get hurt.

Before there’s ever an accident, have a first aid kit prepared for your pet just in case, said Cliff Redford, a Toronto-area veterinarian.

“If you take your dog to the dog park or hiking, you should have first aid stuff at home already,” he told hosts on Global News’ The Morning Show.

It’s easy to put together a kit by visiting any pet or drug store, or by speaking to your vet about products they could sell you, explained Redford. A human first aid kit can work, too.

Knowing good first aid before reaching emergency services will give you peace of mind and potentially reduce the severity of a pet’s injury, St. John’s Ambulance Canada says on its website.

Dealing with a paw injury

A hurt paw is a fairly common injury and can happen while on a walk, said Redford.

The first thing you do is identify where the wound is, pick up square gauze and put it over the wound. Put a small amount of Polysporin on the injury if you have it, he added.

“Just to cover up the wound is all you need,” he said. Then, roll on the gauze. “Leave the toes exposed a little bit, which is very important. Put it snug but not too tight.”

Leaving the toes exposed allows you to determine if the bandage is too tight because if it is, the pet’s toes will start to swell, said Redford.

Your pet is likely to be in pain and scared while you’re treating them, so be as gentle as possible and take your time, he said.

“They may accidentally scratch and bite you, so take your time and be very, very cautious,” he said.

Grab an elastic bandage that works to support and compress the injury, and put wrap it around the injury like the gauze.

“This stuff is stretchable… so when you put it on, put it on smoothly,” he said.

While dressing the wound, call the vet so you can describe the injury and determine what further steps to take, he said.

Using CPR on your pet

A scenario to be prepared for is if your pet’s heart stops, said Redford. The pet will by lying on its side, and you should be behind it, he explained.

“The first thing you’re going to want to do is know how to give a breath,” he said. Give one every eight to 10 seconds through the animal’s nostrils. If you have a big dog, you may only be able to breathe up one nostril, he explained.

“You’re literally making a seal with your lips; it’s not the most pleasant thing … and watch the chest elevated,” he said.

“Compress a third to a half of the chest size,” he said. Then, give 100 compressions a minute, with breaths in between — which is easy if you follow the beat of Stayin’ Alive by the Bee Gees.

For more information on how to give your pet first aid, watch Cliff Redford in the video above.