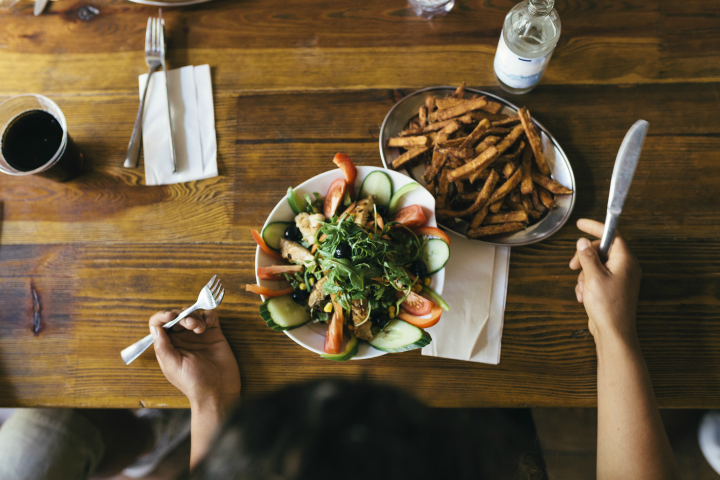 If you’d like to lose weight or eat differently in the new year, it can be overwhelming to figure out a plan that works for you.

It’s important to consult with a doctor first before trying any kind of diet, so they can make sure you don’t pick one that might not fit your needs, says Dr. Lukasz Kwapisz, a Toronto-based medical doctor who specializes in internal medicine.

“We’d like to see patients first, before they go on a diet, because a lot of them read things on the internet and they see things online,” he told hosts on Global News’ The Morning Show.

“And we want to dissuade them from eliminating entire food groups … or going on cleansers that have no science behind them.”

Dieting in general has been criticized by doctors and wellness experts as being unsustainable and losing weight isn’t an indicator of good health, according to a previous Global News report.

Studies show that only 20 per cent of people are able to maintain their weight loss after one full year, and that most will regain lost weight within two years of shedding it, according to the report.

This is why it’s important to visit a doctor who can give practical advice based on real medical information, to find a reasonable diet for each patient that doesn’t go to extremes, said Kwapisz.

If you feel that you’d like to lose weight, he would recommend aiming for a five- to 10-per cent weight loss over a year, so that it’s not extreme. That would also depend on the patient, he said.

“It’s important that you think of something that you’re going to sustain for the entire year,” he said.

Diets that may not work long-term

One diet that’s popular is Weight Watchers ⁠— which has re-branded to WW ⁠— which involves eating most foods that you already enjoy without making major cuts, said Kwapisz.

However, that program could be time-consuming if you want to attend their workshops, and it requires paying for a membership. According to WW’s website, they no longer require you to attend meetings and you can instead keep up with the program on their app.

“But I do recommend this diet if someone is really motivated and willing to invest the money,” said Kwapisz.

The paleo diet, which focuses on eating what ancient humans ate before agriculture was invented and is heavily focuses on meat, isn’t a diet Kwapisz recommends.

“For a very disciplined person it may work, but for the general person it’s a hard diet to follow, it’s expensive…and lacks variety,” he said.

Fad diets like the paleo diet are usually unsustainable, and most people can’t keep up with their requirements longer than six months, according to research from medical journal The Lancet.

Small changes over time to your lifestyle that include more than diet are what will make the real difference for your health, said Jane Drummer, a registered dietitian and consultant in a previous Global News report.

“For long-term health and well-being, it’s essential to develop and maintain health lifestyle habits including a fitness plan, stress-reduction tactics, a restful sleep routine and a dietary pattern that works for the individual,” said Drummer.

“Continually practicing health habits every day will give you the behaviour to adjust to new and changing conditions in your life,” she said.

For more information on dieting, watch Dr. Lukasz Kwapisz in the video above.