BEYOND LOCAL: AI will take over some jobs. How do we prepare students for the future?

Social and cognitive skills such as drawing conclusions about emotional states and social interactions are least vulnerable to being displaced by AI
May 17, 2019 9:25 AM By: The Conversation 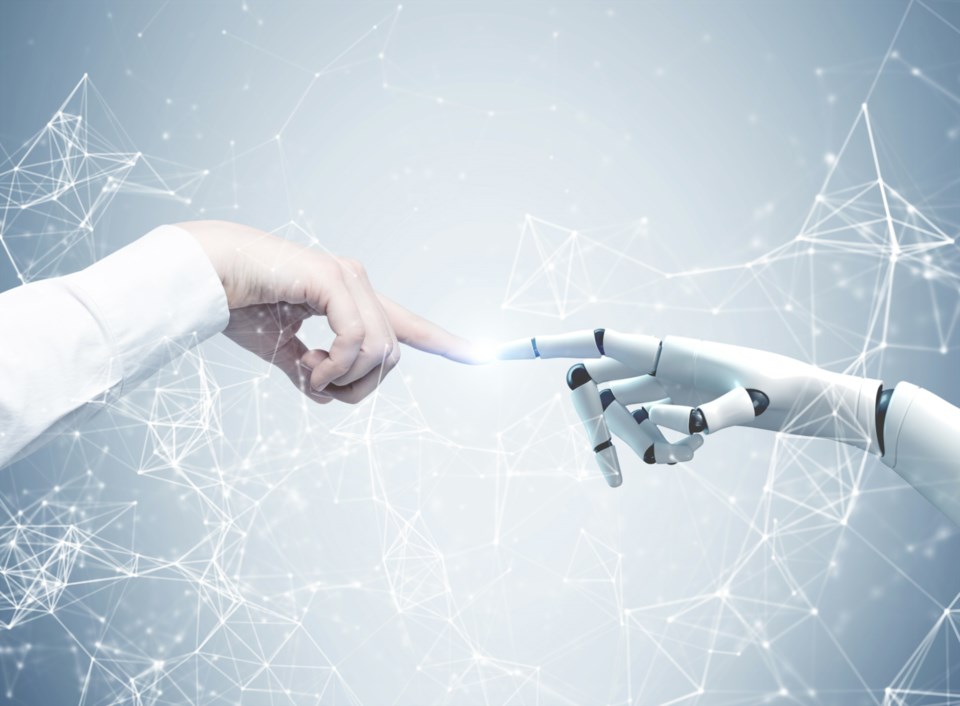 This article, written by Greg Naterer, Memorial University of Newfoundland, originally appeared on The Conversation and is republished here with permission.

The future impacts of artificial intelligence (AI) on society and the labour force have been studied and reported extensively. In a recent book, AI Superpowers, Kai-Fu Lee, former president of Google China, wrote that 40 to 50 per cent of current jobs will be technically and economically viable with AI and automation over the next 15 years.

Artificial intelligence refers to computer systems that collect, interpret and learn from external data to achieve specific goals and tasks. Unlike natural intelligence displayed by humans and animals, it is an artificial form of intelligence demonstrated by machines. This has raised questions about the ethics of AI decision-making and impacts of AI in the workplace.

With computing power increasing rapidly in recent decades, the capabilities of AI have also risen dramatically. Vincent Müller, a philosopher at Eindhoven University of Technology, and Nick Bostrom, a philosopher at Oxford University, conducted a survey in 2016 about AI’s future potential.

Respondents indicated a 50 per cent likelihood that the capabilities of AI will exceed human intelligence by 2040 to 2050. Other technology leaders have predicted this will occur much earlier. Since AI continually learns and improves, a new form of AI super-intelligence may emerge well beyond human intelligence.

How are universities responding to this challenge? Do traditional subjects and competencies taught in university need to be re-examined in view of the coming disruption of AI in the job market?

As the Dean of Engineering and Applied Science at Memorial University, I’m concerned about this disruption from the perspective of skills that students should be learning to successfully adapt to AI in the workplace.

Recently I supervised a project conducted by two undergraduate research assistants, Joud Omary, a computer engineering student, and Deep Patel, an electrical engineering student, on the susceptibility of various graduate attributes to computerisation. They analysed the probabilities of various student competencies becoming automated in the next 10 to 20 years.

The most automation-resistant skills were determined based on a Brookfield Institute report which examined the probabilities of automation of work tasks over a range of occupations associated with university degrees.

Repetitive skills like pattern recognition, information retrieval, optimization and planning are most vulnerable to automation. On the other hand, social and cognitive skills such as creativity, problem-solving, drawing conclusions about emotional states and social interactions are least vulnerable.

The most resilient competencies (those least likely to be displaced by AI) included critical thinking, teamwork, interpersonal skills, leadership and entrepreneurship.

Yuval Harari, a historian at the Hebrew University of Jerusalem, described the rise of AI as a “cascade of ever-bigger disruptions” in higher education rather than a single event that settles into a new equilibrium. The unknown paths taken by AI will make it increasingly difficult to know what to teach students.

Economist Carl Frey, and engineer Michael Osborne, both at the University of Oxford, reported the susceptibility of a range of professions to computerisation including those associated with traditional university degrees, e.g., accountants, auditors, geoscientists. Interestingly, even for engineers who are significant developers of AI technologies, there is a susceptibility of various disciplines of engineering to computerisation.

In such a context, “resilient competencies” are always relevant. Joseph Aoun, president of Northeastern University, and a linguist, argues in his book that what will matter most is experiential learning (co-op education), life-long learning and a curriculum focused on humanics (the study of human affairs).

As AI technologies become more powerful and capable over a range of professions, it will become increasingly important for today’s students to be equipped with the right skills that add value beyond what AI can achieve. As AI displaces old jobs, it will also lead to new jobs.

Traditional learning outcomes in engineering programs have included a strong knowledge base, problem analysis, design and the use of engineering tools, among others.

But engineers today have a growing diversity of demands in their professional lives. Non-technical skills are increasingly important to work effectively in a business environment. These include communication skills, project management, life-long learning and the interdisciplinary impact of engineering on society and the environment.

At Memorial University’s Faculty of Engineering and Applied Science, one way that we have responded to this changing environment is by mapping the learning outcomes throughout the curriculum to ensure that all graduates of our co-op programs have a desired set of graduate attributes.

For example, a traditional fluid mechanics course measured only the technical skills of the subject matter. Today, the course tracks a range of other learning outcomes such as communication skills through written reports and presentations.

More broadly across the curriculum, it is determined where and how each graduate attribute is taught and evaluated for each course. The evaluation of each attribute is recorded, for example through a tutorial, exam question, or assignment. Appropriate rubrics are established for each attribute. Afterwards courses are evaluated and continuously improved to see how students are gaining the desired graduate attributes.

Engineering students are also required to take complementary studies courses in other disciplines, such as humanities, to raise their awareness of the role and impact of engineering on society and culture.

Memorial’s Faculty of Humanities and Social Sciences has strong links with the human literacy areas noted by Aoun. Across a range of disciplines – from philosophy to political science, sociology to geography – students work in teams, reflect on challenging ethical questions and engage in dialogue about important public concerns.

Also, Memorial’s Faculty of Business Administration introduces students to AI and provides exposure to a range of key non-technical business skills. To successfully manage organizations in which work processes will be redefined by AI, graduates will more than ever need to know how to build strong relationships, work in teams and communicate effectively.

A shift in higher education from what students are taught in the classroom to learning outcomes instead and graduate attributes will become increasingly important with the rise of AI. A shift to outcomes-based education will enable students to gain critical automation-resistant competencies to succeed and thrive in the future workforce alongside AI.