BEYOND LOCAL: A few home remedies for those pesky migraines

Less than half of Canadians suffering from migraines have taken prescription medication to treat them in the last three months, so what are they doing instead?
0
Mar 9, 2019 7:40 PM By: Global News 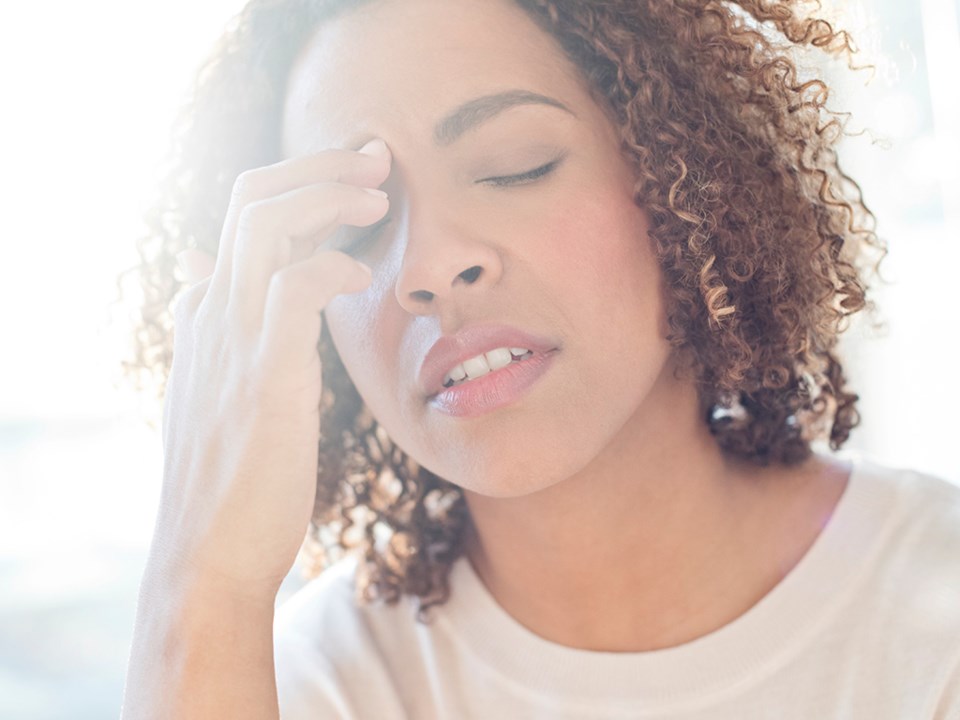 If you suffer from migraines, you know firsthand how debilitating they can be. From painful headaches to feelings of nausea and light sensitivity, migraines impact day-to-day functioning.

While they’re more common in women, an estimated 2.7 million Canadians say they’ve been diagnosed with having a migraine at one point or another — a stat the government says is low given the fact that some people don’t seek professional help for their headaches.

“Migraine is a condition that is thought to be genetically based,” Dr. Paul Cooper, a professor of neurology at Western University, told Global News. “We inherit them from our ancestors, typically… and then in response to that condition, certain things in the environment can trigger the events that lead to a migraine attack.”

Among sufferers, government data found that fewer than half of Canadians said they had taken prescription drugs for their migraines in the past three months. The most common reasons why were because people said they did not need medication, it had not been prescribed, or they did not want it.

So, how are some people treating migraines instead? Here are some all-natural ways they may help in combating and coping with headaches.

You’ve probably heard that coffee can help combat migraines — and there’s some truth to this widely held belief. The catch? Cooper says that the benefits of caffeine are most effective for patients who don’t drink caffeinated beverages day-to-day.

“In patients that… aren’t big users of caffeine, caffeine does have some anti-migraine effects,” he said. “The typical thing to do is to take a cola drink — which has a bit of sugar in it — so you get some sugar into you if you missed a meal, and caffeine.”

“But there are much more effective treatments for migraine that would be recommended than just trying to rely on that alone.”

Before reaching for a caffeinated drink, an over-the-counter painkiller may help. Migraines can last anywhere from four to 72 hours, but Cooper says taking an Aspirin when an attack first comes on may stop it.

“Approximately one gram (three tablets) of Aspirin, is something that, in a large number of patients, would turn off their headache if they have infrequent migraine attacks,” he explained.

(You should ask your doctor before taking Aspirin as it may interact with certain medications.)

On top of helping with emotional regulation, mindfulness and cognitive behaviour therapy (CBT) may treat migraines, too.

One study out of the University of Calgary found that patients who were given training in behavioural and cognitive techniques designed to tackle their migraine symptoms saw improvement in their condition.

Though another study out of the U.K. shows these techniques have mixed results, it did find that CBT “can reduce the physical symptoms of headache and migraines” in some patients.

Cooper says CBT is likely useful because it helps give people “a sense of control over their attacks” and can help them learn how to manage their symptoms and understand triggers.

Exercise is known to help manage many conditions, including anxiety, depression and heart disease. But when you first start to experience a migraine, sweating may make it worse.

“If you’re getting into a migraine attack… then exercise is often more bothersome to patients because it increases their heat rate and it increases the pulsation of the scalp vessels,” Cooper said. “Most patients tend to avoid activity as it’s not something that helps turn off a headache.”

What exercise does help with, however, is reducing the frequency of migraines. Cooper says doing regular aerobic-type exercise when you don’t have the headaches can minimize the chance you’ll get one.

“It can be as simple as 20 minutes a day of brisk walking,” he said. “That can be a preventor of migraine.”

Like Cooper pointed out, migraine attacks are often triggered by environmental factors, such as changes in the weather, stress, skipped meals and poor sleep. This means that knowing what puts you at risk for a migraine can help prevent one from happening.

If you’re prone to migraines when you’re sleep deprived, for example, going to bed at the same time every night is important for your well-being. If stress triggers your headaches, avoiding over-committing to plans and scheduling time wisely can help.

“Patients with migraines need to be a lot more deliberate about planning their activities,” Cooper explained. “Trying to eat regularly … all of those kinds of things can be helpful to reduce migraine attacks.”

When to see a doctor

Cooper says that if off-the-shelf pain medications like ibuprofen or Aspirin don’t work, you may need something stronger.

“If you cannot turn that headache off with simple over-the-counter medication… that would be a reason to [consult a doctor] because there are prescriptions that can help turn those headaches off,” Cooper said.

If your migraines get worse or are occurring more often, it’s also best to seek professional advice.

“If you are having a headache that is really interfering with your ability to function, even one or two of those a month may be a reason to get prescription medication,” Cooper said.

“Certainly if you are having four or more headache days a month, then consulting with a doctor about a preventor — a medication that you take everyday whether you have a headache or not — would be recommended.”