'A missing piece': Siblings searching for sister adopted in Sudbury six decades ago

Ron Conway, also adopted at birth, has already reunited with his five other siblings
May 14, 2018 10:22 AM By: Heidi Ulrichsen 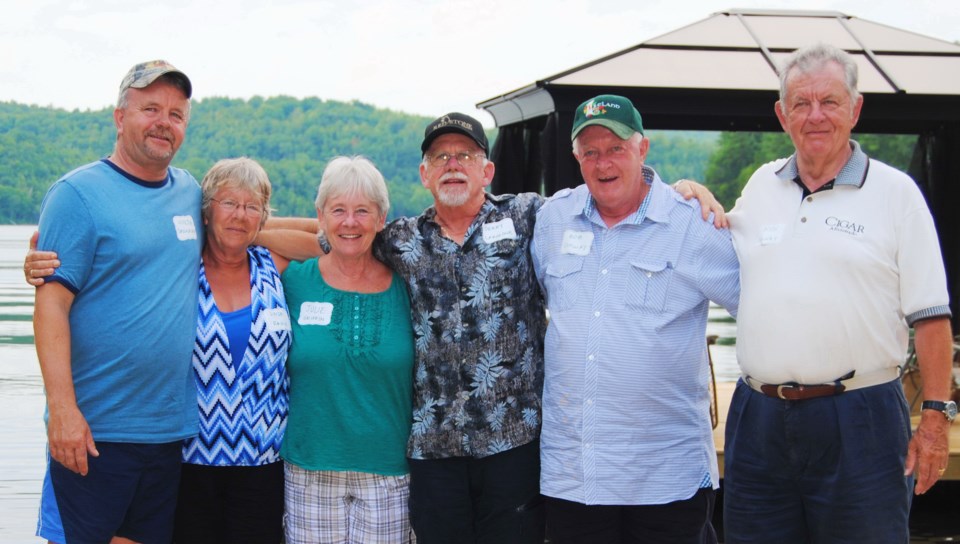 SUDBURY — Ron Conway's sister, who had the birth name Brenda, was born in Sudbury in 1957. She's the daughter of Mary (who went by Madge) Conway and Bill Deslaurier.

As an infant, she was brought to the Children's Aid Society (CAS) in Sudbury, and was adopted out to an unknown family. Ron, also adopted out at birth, has since reunited with five of his birth siblings.

That sibling group of six, who all have the same birth mother (Madge) but three different birth fathers, are: Winston Deslaurier, 63, Linda (Larocque) Rahn, 65, Julie (Larocque) Griffin, 67, Jerry Larocque, 69, Robert Conway, 74, and Ron Conway, who turns 76 on May 16.

Ron said he first met his birth brother Bob in the early 1980s, but it was only about eight years ago that the whole sibling group (minus Brenda) met in person. There were many “happy tears” during that emotional reunion, he said.

But the family members, who now keep in close contact, have been unable to find their seventh birth sibling, Brenda, who would now be around 61 years old. They'd love to reunite with their long-lost sister before it's too late.

Ron, the oldest of the siblings, is hoping that someone in Sudbury knows something that will allow them to put the puzzle together.

Perhaps they also see a resemblance to one of the people in the group photo of the siblings attached to the article.

“Sudbury is not a big town,” said Ron, a retired contractor who grew up in the Ottawa area, and now lives in Donaldson Lake, which is close to Ottawa, although on the Quebec side of the border.

“If somebody sees a picture of Julie or Linda, or any of us — if somebody sees their faces, and they come from the same father and mother, there's a good chance there could be some similarities.”

Ron said from what he's been able to piece together by questioning older family members and family friends, as well as acquiring Madge's CAS file, his birth mother was “unlucky in love.”

While the majority of the siblings were raised by their parents, Brenda, Robert (who goes by Bob) and Ron were all adopted.

As for his own story, Ron said he was taken in as an infant by an older couple who already had their own children. His adoptive mother knew Madge's mother, so he grew up having some awareness of his birth family.

He's since found out through Madge's CAS file she hoped to be able to reincorporate him and his birth brother Bob into her family, but her new partner wasn't interested in that idea.

“She did try and make a life for us, but no matter how she got hooked up, it never worked out,” he said.

He said he's actually spoken to the family friend who, along with the Brenda's birth father, brought her to the CAS in Sudbury, but she doesn't know anything about the adoption itself.

Ron said while he realizes adoption can be a sensitive subject, the siblings are getting up in years, and all of the people involved in the adoptions are either dead or likely dead.

Perhaps Brenda is out there wondering about her birth family, and wishing she could get in touch, Ron said.

“It would just be nice to meet with her if she's still here,” said Ron.

“Even though she was adopted and maybe had a good life, we'd like to find out how she lived, whether she was married and had kids. Very humane stuff. I don't think anybody at this stage in our life has a motive other than she's one of us.

“We do have a missing piece, so let's put it together.”

Anyone who thinks they have information that may help the siblings in their quest to find Brenda is asked to email Ron at ronconway01@gmail.com.

They say any assistance or information will be held in the strictest confidence.